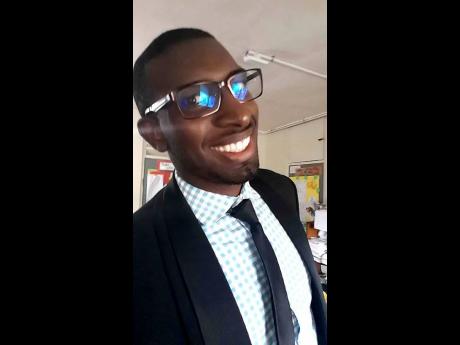 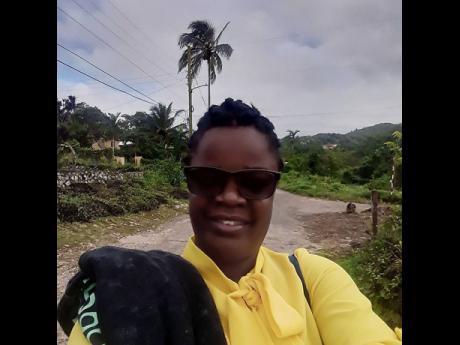 David Reid, 24, and his fiancee Ann-Marie Neil, are set to tie the knot on February 27.

Their love story dates back to November 19, 2016, when they met at Neil's elder sister's wedding, performing best man and bridesmaid duties, respectively.

The significance of November 19 led to Reid's magical proposal on a street in Mandeville, Manchester. Videos have been circulating on social media of Reid, down on one knee, seeking Neil's hand in marriage, literally blocking traffic.

"I looked at my history and I recognised that November 19th was always a good day for me so I planned the proposal for that day. Then soon after I started getting vision of the proposal with me coming out of the sky with the balloons and 'will you marry me Ann-Marie Neil?' was written on it and it was very public," Reid told THE STAR. "So I said 'man, I don't know how it is going to work but I have to do something different' and I told myself I have to stop the traffic to tell her how much I love her."

Reid admitted that he was filled with nerves leading up to the day.

Was breathing so heavy

"I had to be praying. When I woke up on the 19th, I was like 'this is the day' and even driving to the spot, I was breathing so heavy, even she could hear me because she was in the car."

Having picked Neil up from work, Reid hid the balloons in the car trunk and the ring in his jacket, before asking Neil to step out of the car for a minute.

"At that moment when I walked out in the road, and the car that was approaching us stopped, I just focused my eyes on her and I felt this calmness; it was like I didn't hear the noise and the horns beeping," Reid said.

"He just asked me to step out for a moment and then everything just started happening. I was like 'really'. I was so in shock because I couldn't believe it," Neil laughed.

They believe that their relationship, which has been brewing for years, is of divine selection.

"I contact God about us and he gave me a vision where I was spinning through some Bible leaves and when I got to the book of Proverbs, at the last chapter, I saw her picture, and I knew what it meant because that chapter speaks about a good and virtuous woman," Reid told THE STAR.

Reid, who is from Prospect, Manchester, pastors a church in Neil's community of Georges Valley in the parish, and this automatically brought them even closer.

"But we kept the relationship as strictly pastor and member," said Reid. Having had deep conversations with God, Reid realised this May that Neil was ordained for him.

"We stared speaking about our visions and prayed until I finally braved up and asked her if she wanted to be with me and she said yes and we tried to work things out in God's way," he revealed. "At about three months into the relationship, I decided to buy my proposal ring, but waited because I wanted to know her better before I proposed."