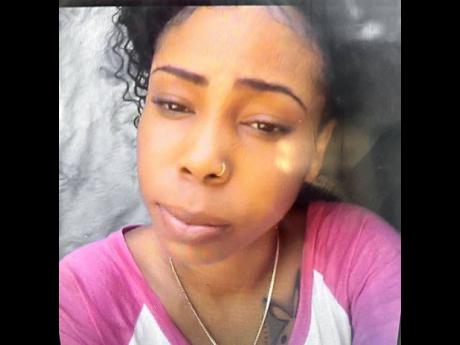 A 28-year-old woman, Shandeka Campbell, who the police's Corporate Communications Unit (CCU) named as a sex worker, was found dead in a guest house in St Andrew on Saturday.

Ten years after losing her son to gunmen, Lorraine Thomas has been left to mourn the death of her daughter.

"Me nuh feel good because right now me just have to a question God and ask why?" Thomas told THE STAR as tears streamed down her face. "My daughter was the best person ever, when I tell you she was kind, nice and humble despite of what she did with her life. Me child nuh deserve this and me nah cope well at all, and because me have the high blood pressure me have to take it easy. Me pressure high right now, a bare pill me live on now to keep it down."

Reports from the Cross Roads police are that at about 8:30 a.m., Campbell's friend went to her room at the guest house and called out to her.

Campbell did not respond and her friend called her by phone, which also proved futile. Her friend gained entry to the room and found Campbell lying in a pool of blood. She made an alarm and the police were summoned. Campbell was transported to hospital where death was confirmed.

The CCU reported that investigators probing the case can confirm that Campbell was last seen alive on Friday about 6:40 p.m. It is alleged that she was seen entering a room of the guest house with a man. Efforts are being made to locate the man. A motive for the murder has not been established.

Campbell, who is from Clarendon, came to the Corporate Area in 2016 with the aim of making life better for herself and her son.

"She has one son who doesn't even have a father because him dead from he was a baby, and now them take him mother," Thomas wept. "Him not even a take it well because a she alone him did have, only God know." Campbell's sister, Sasha, spoke with nothing but admiration for her sibling, who they called 'Diamond'.

"She is the kindest person ever, she don't know how to say no and she accepts everybody," Sasha told THE STAR. "She is very free-handed and has a pure heart. She can't see anyone suffering and not help, she take in people give them her bed and sleep on the floor, that's how she is." She also said Campbell was "very shy" and reserved.

"Diamond was the type of person that barely talk. If she see somebody come in the yard she a lock up in her room and not come out," she said. "If party a keep a me literally have to force her to come with me; the sweetest person, I can tell anyone that."