Jaedon is in love with the sea 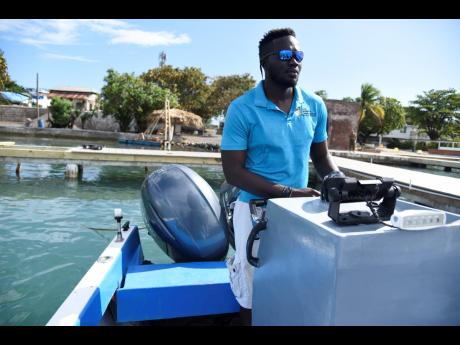 Jaedon Lawe, a scuba diver and marine biologist, expresses his love for the ocean. 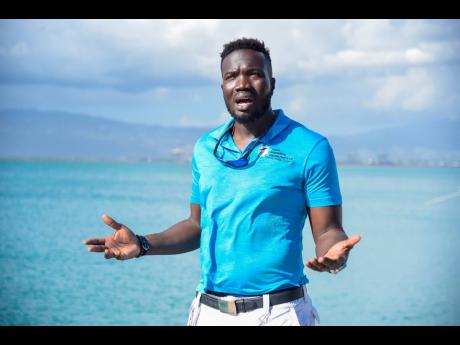 Jaedon Lawe believes that most Jamaicans only do two things with water, "we drink it and we bathe with it".

"Most Jamaicans don't know how to swim. Being a marine biologist, I see it as an opportunity to introduce Jamaicans to the ocean, the importance it plays in our lives and the role of the coastal environment," he said. Lawe said from as early as age seven he had the inclination that he was going to be a marine biologist. But, he had to first overcome his fear of swimming.

"As a child I always had a love for nature. I was always fascinated with the Great Barrier Reef, which is a large reef in Australia, and since then, I had fascination for the underwater world," he shared. Growing up in Mandeville, Manchester, Lawe took swimming classes after enrolling at The University of the West Indies (UWI), Mona. He learned to swim by age 19.

"I strongly recommend diving because it helps to get up close with the specimens you study in class. It's beautiful and being beneath the water, there is always something to see. It is very tranquil, very peaceful and very rewarding," he said. Lawe also gained theoretical and research skills from The UWI Discovery Bay Marine Lab under the tutelage of Dr Dayne Buddo, where he participated in a study around the lionfish species. This, he said, shaped him to develop the requisite skills as a marine biologist to contribute to the study of Jamaica's marine system.

Despite his love for the sea, the Manchester High graduate is disappointed with how the waters, particularly Kingston Harbour, are treated. Lawe debunked a common misconception that anything thrown in the ocean just "sinks to the bottom and it's fine".

"But what people don't know is that it affects marine life," he said. He shared that he even got an eye infection due to garbage in the ocean. Lawe said that pollution disrupts the marine ecosystem, as animals eat the garbage, unaware of the potential risks. Those animals may later end up in the human food chain.

"The misconception that 'out of sight, out of mind' is something we need to fix," Lawe urged. He believes his job is to effectively convey the message that there needs to be greater responsibility for the environment. He aims to change Jamaicans' mindset and attitude about the ocean, and help them to become more environmentally conscious.

"We are an island surrounded by water, and every year hundreds or persons come here to dive and get trained, yet we the citizens do not dive, and that is ridiculous. I think every Jamaican should be able to swim," he told THE STAR, adding that he hopes more persons will take up marine biology and scuba diving.

"If people could see what they are protecting, it is easier to sell the reason why we need to protect it," he said.