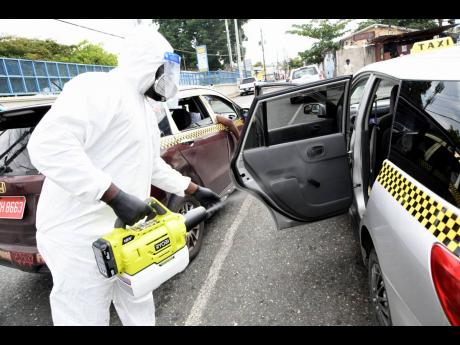 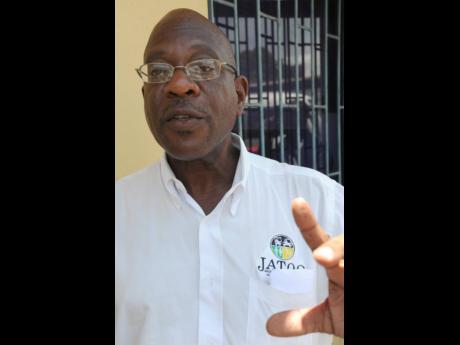 President of the Jamaica Association of Transport Owners and Operators (JATOO), Louis Barton, is calling for the development of a new transport hub for taxis in the Corporate Area, to curb the spread of the novel coronavirus. Barton argued that the taxi stand at Mandela Park can only accommodate 18 taxis.

"We are calling for the old Ministry of Housing area to be converted into a taxi stand, for taxi operators and taxi parking where passengers can go and get taxis in a decent way. Right now, passengers are literally running down taxis in the middle of the street and we want to cut that out," Barton stated.

He believes that the immediate construction of this new taxi park would ease the congested spaces in the Kingston Metropolitan Area, and would allow for better observation of COVID-19 protocols, such as physical distancing.

The Transport Authority is planning to route all public passenger vehicles that travel in and out of the St Andrew capital, through the Transport Centre. If implemented, the proposal, which is currently under consideration, would see taxi and bus operators joining the Jamaica Urban Transit Company (JUTC) buses that now operate from the facility.

Barton, commenting on the impact of COVID-19 control measures on the sector, said that taxi operators need a chance to exhale. He said cabbies have been suffering great financial hardship since Jamaica recorded its first case of the novel coronavirus nearly a year ago. Taxis are required to carry one less passenger than they are licensed to do, and drivers now have to operate with a nightly curfew that starts at 8 p.m. and runs until 5 a.m. the next day.

"First, they took away one seat in travelling so we are reduced by 35 per cent of our revenue and the cutback in the curfew was a further decay of our revenue and when you extend that, which should have expired yesterday, to the end of the month, it's more economic problems for us," he said.

Barton said the Government should provide assistance to transport operators who have been experiencing significant losses. He said that some members of his organisation have lost their vehicles in the past year due to the decline in income, as they were unable to service their financial obligations with banks and other financial institutions.

The JATOO president has proposed that the Government cuts the renewal of licensing and registration for taxi operators this year.