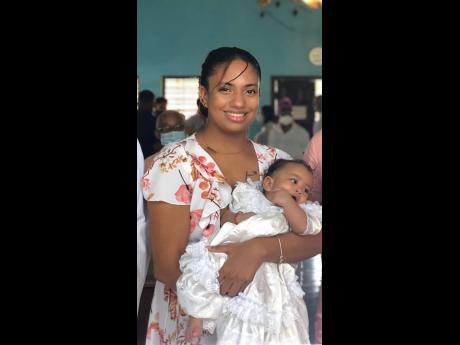 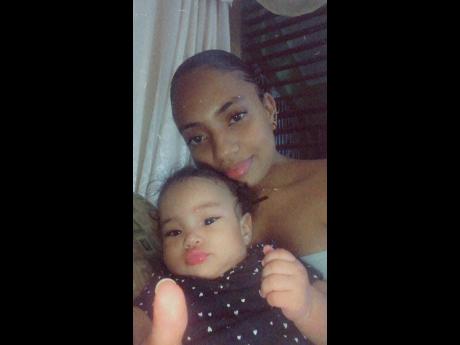 After nearly a decade of battling endometriosis and nearly removing her womb, Amanda Dawkins says she is grateful to have been blessed with a daughter.

Endometriosis is a disorder that causes the tissue that should line the uterine walls to grow unevenly, often resulting in severe pain and other reproductive irregularities.

Dawkins, 24, was diagnosed with the condition as a teen and was told by doctors that it was unlikely that she would have a child.

"I was about 18, going on 19, when everything kind of went downhill from there. It got so bad, where I was admitted to hospital for six to seven months, and that was when I was officially diagnosed with endometriosis; and at that time the doctor told me it's actually really bad ... so it's highly unlikely that you'll be able to carry a child.

"I always wanted a big family, because I was an only child. So being told at such a young age that that will never happen, it's hard to say it was heartbreaking, because it was much more than that," she said.

Trying her best to keep optimistic, Dawkins sought out other doctors and tried both traditional and alternative methods of getting pregnant. After many fruitless attempts, the 24-year-old started to give serious consideration to the suggestion from a doctor to have an hysterectomy in order to manage her condition.

A hysterectomy is surgery to remove a woman's uterus or womb. When this is done they are not able to conceive a child. Dawkins recalled being two weeks from surgery when her miracle happened.

"I remember distinctly November 3 [2020], my pre-operation day, where they would check and make sure I'm all set and everything is good to go for the surgery. When I went for my pre-op is when I found out I was pregnant. I'll never forget that day," she said.

"It was a complete and utter shock. I didn't even know what to do, mentally, physically, everything. I was so unprepared, because I had distanced myself from the thought for so long."

Fast-forward a year later and Dawkins lives in perpetual awe of her six-month-old daughter, Rei-Ann. And while she did have a difficult pregnancy due to her illness, she says she would do it all again.

"I'm getting goosebumps just thinking about it, 'cause I can assure you, I never thought I'd live to see what's happening now. I never stopped praying, I never stopped saying 'God please, this is the only thing I want in life.' She (Rei-Ann) is honestly such a joy and such a bright light. Every day she's smiling. I've never met a happier baby, she's everything, and more than I could have possibly asked for," said Dawkins.

Endometriosis affects more than 100,000 women in Jamaica. It causes debilitating pain before and during their menstrual cycle, and many women, like Dawkins, have difficulty becoming pregnant.

Gynaecologist Dr Jordan Hardie told THE WEEKEND STAR that many women with the condition suffer in silence because society has told them that periods should be painful, and they shouldn't speak up about their menstrual discomfort.

"The challenges we have with endometriosis and how it impacts women is multiple. So for many women who have endometriosis, they have severe pelvic pain, so much so it affects their quality of life. They are unable to carry out daily activities such as going to work or school. Many of them have painful intercourse, and some will even have infertility," Hardie said.