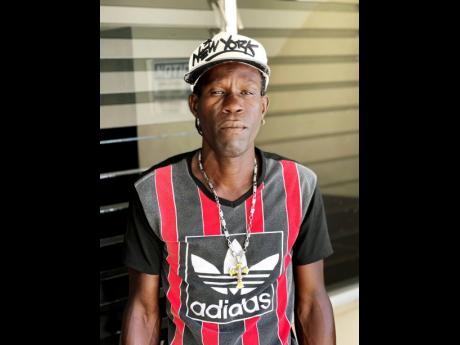 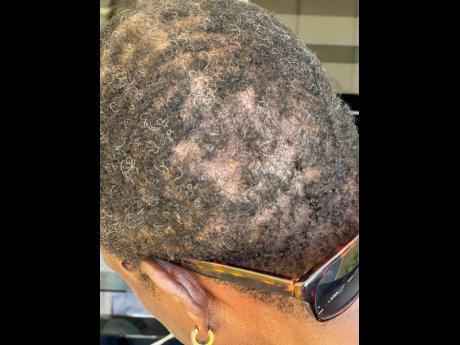 Thompson says though his scar is barely visible, it causes tremendous pain on a daily basis.
1
2

A mere three days after his 54th birthday, Derrick Thompson said that he was nearly killed in an accident on a work site to which he was employed.

But, having received some money for compensation, Thompson told THE WEEKEND STAR that it feels like he deserves more.

"Mi was there working a dig away the rough mortar and a use the broom and brush weh the gravel. A suh comes mi just feel myself a feel giddy. Dem time deh, a di thing drop inah me head, enuh," he said. Thompson was struck by a piece of metal which had fallen from the grasp of another worker.

"Mi a tell you a lot of blood, enuh. All mi underpants soak wid blood, enuh. Mi ganzie, mi merino, everything soak with blood, all mi mask. Mi haffi just dash dem weh," he said. After 12 stitches to his head and a week's stay in the hospital, Thompson returned to the site to collect his things. He said he met with the site's head of the operations and the culpable worker.

"Mi try sell, enuh, but more time mi don't even go out deh more than suh, enuh, because mi inna the sun and it just a gi mi a effect so mi hardly can earn a living more time," he said. "Every time, a di same giddiness mi a feel. Mi head all a hurt me more time. More time, the migraine headache rough. It hurt me hard, man."

"To how this thing yah look like it ago gi mi a effect inna me life coming down, if dem did gi mi a $3 million mi woulda feel good," he added.

However, attorney-at-law Odane Marston says that legally, it is unlikely that Thompson will be further compensated for his injuries as he signed a document releasing his employer from further liability.

"Regrettably, Mr Thompson should have consulted an attorney prior to executing the document presented to him, as the document clearly stated that he accepts the payment as full and final settlement of the matter," said Marston. "In essence, this document serves to release and discharge the employer from any further action, as his acceptance serves as a waiver to his right to sue or commence any further action in the matter."