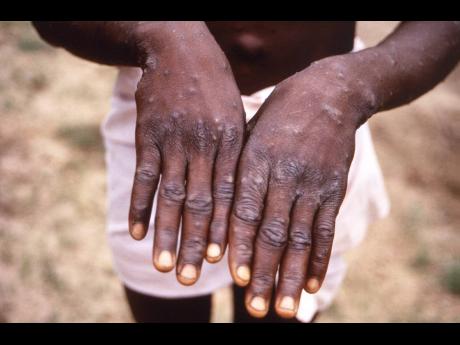 After it was reported yesterday that Jamaica recorded its fourth case of monkeypox, medical doctors are making it clear that this is no cause for alarm.

Instead, they are urging that Jamaicans maintain the precautions previously put in place to fight the COVID-19 pandemic.

President of the Medical Association of Jamaica, Dr Brian James, told THE STAR, "The term 'worry' is not the one that I would use at all. What we should do is remain vigilant and follow the information as it comes in from the minister of health and wellness and follow the recommendations for limiting spread and limiting the severity of the illness."

James said that the precautions recommended to fight the spread of monkeypox are the same as those the country has practised for the last two and a half years.

Similarly, Dr Leslie Meade, president-elect of the association, said, "Since COVID, we have been preaching the infection prevention and control measures. And these tools can help to decrease the spread." Meade said that the situation called for greater personal responsibility.

"Because if we think that we are at risk for getting it based on any practices or we have suspicions that the symptoms we're having maybe monkeypox, then we should go to physicians, get tested, and isolate ourselves. [We should] Ensure that we inform the public health officials of persons who may be close contact to us so that we can reach those persons and monitor them and have them isolate if necessary," said Meade.

The first case of monkeypox in Jamaica was reported on July 7. Currently two of the four reported cases have been locally transmitted.