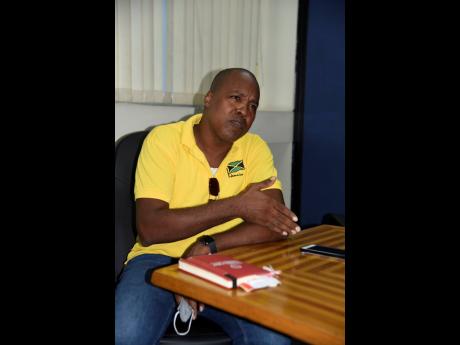 Gordon said that he used up his millions in savings as he tried to reach the nation’s youth. 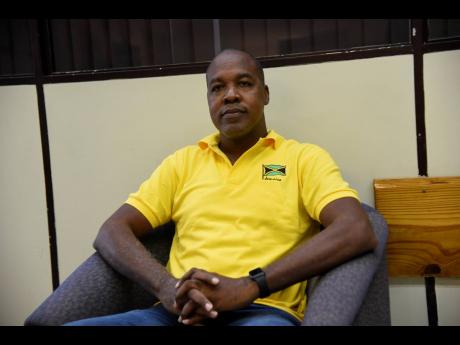 Jermaine Gordon is pleading with the public for assistance as he tries to keep his ministry going.
1
2

Claiming that he has spent $15 million of his own cash travelling around the country ministering to youths, gospel artiste Jermaine Gordon has made a passionate plea for money to help him continue his work.

"I need a car," said Gordon who left his accounting job to enter the ministry six years ago. At the time, Nicholas Francis, a 14-year-old Jamaica College student, died at hospital after a man plunged a knife into his chest after he resisted his demands for his phone in 2016.

And the minister went further with his request.

"I'm gonna ask the petroleum sellers for gas for five years. I'm gonna ask Digicel to keep my phone going for the rest of my life, that's where I'm at. Because it's not a one-man effort, even though the vision started with me, one person can't carry it," Gordon said.

Known for the gospel single, You are God, Holy and Righteous, Gordon, who calls himself a "positive communicator", said that he is helping children between the ages of nine to 17 dream a better dream.

"So I use music, books, poetry, stories, comics, video games to communicate positive messages. Messages about dreaming a better dream. In other words, the one we dream is too selfish. Somebody taught us that we should step on each other to get to where we wanna go. The 'dream a better dream' concept is to dream an unselfish dream, dream a dream that is selfless and then get up and make it happen," Gordon said.

Nicholas, who was pushed from a coaster bus when he refused to succumb to attempts to steal his cellphone, was the subject of many Jamaicans' thoughts and prayers.

"It broke my heart," Gordon said. "I couldn't function. I was working with the shipping industry in management at the Port of Kingston for 23 years. My job title entailed four different categories and I sent in my resignation."

Gordon said when his boss questioned his seemingly rash actions his only response was, 'I'm going to do something about it'.

"I felt a personal responsibility," he told THE WEEKEND STAR.

With $15 million in savings and no clear directive of how he would make a difference, Gordon started the Love Has Hands Foundation. Now six years later, and $15 million poorer, Gordon said he is unable to meet his basic needs and is hoping to receive assistance from the public to keep his foundation going.

"I had some savings, I used that up. My mother even asked that very same question," he said when asked how he sustains himself.

"Over the last two years, we've had some persons come on, a few from overseas, to give US $25 per month - probably about 10 to 15 people -- but not all of them are consistent. So that help a little with the outreach, but it is nothing in comparison to what we spend."

He continued, "It's finished now, that's why I'm crying out."