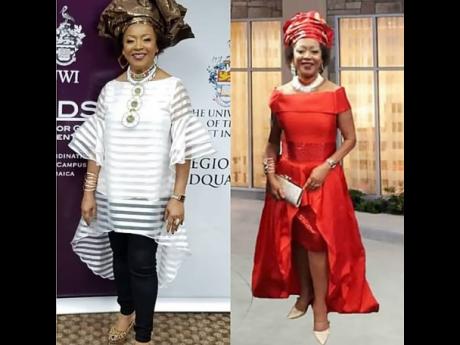 A big supporter of the store is Professor Verene Shepherd. 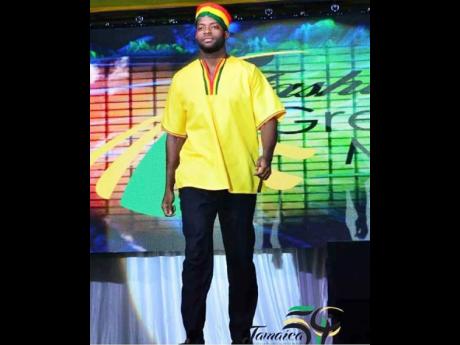 Men’s apparel from Shades of Africa. 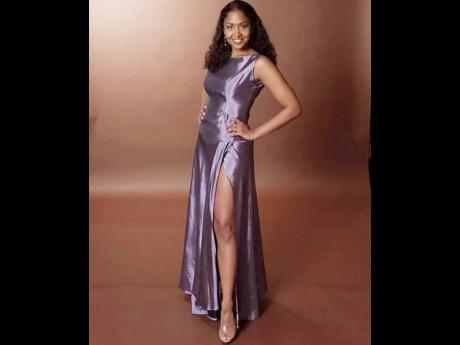 Moving to fill that gap, Cameron opened Shades of Africa, a store stocked with both local and international African designs.

"I love African clothing, I love the history. I am just fascinated by the fabrics and the culture. There was this void by mainstream designers to embrace the whole heritage so I think it was my duty," she said. Cameron said that since her launch in 2003, she has seen a general embrace of African fashions and motifs by the public.

"Over the 19 years I've seen where there is more awareness of the Afrocentric fashions, in terms of bridal wear, event themes and stuff like that," she said. Cameron said that she believes she has helped to bring African clothing into the Jamaican mainstream.

"Over the years, when we just started African clothing was always considered a traditional look. But over the years, once we started doing the fashion shows, doing the Miss World pageants, Miss Jamaica, the clientele kind of changed. First it was very mature persons but I realise now in recent years we seem to have a lot of younger ones like university students, high school students and stuff like that," she said.

Based in the Corporate Area, Shades of Africa provides clothing, jewellery and other apparel, both inspired by African designs, and imported straight from Nigeria. Recalling the store's opening, Cameron said that she was both nervous and excited.

"But you know, it's always been a dream of mine to be an entrepreneur. I was always an entrepreneur from high school so I always like making stuff and designing stuff. But to finally open my store...," her voice trailing off as she reminisced. "That day was so exciting. The response was so great. I opened the door and set up my sign and people were saying 'Wow'."

Formally trained as a fashion designer, Cameron said that she has been living her dream.

"I expected the challenges just like every other business but the most fascinating thing is meeting all these beautiful clients and having them tell me all their stories before and then after. Some who meet their husbands by wearing our clothes. So it's the energy you know," she said, noting that some outfits are customised based on the person's body type.

"It's been a wonderful journey. You know you have your ups and downs just like in everything but there's more plus than negatives. I get to do what I love. Every day I smile," she said.