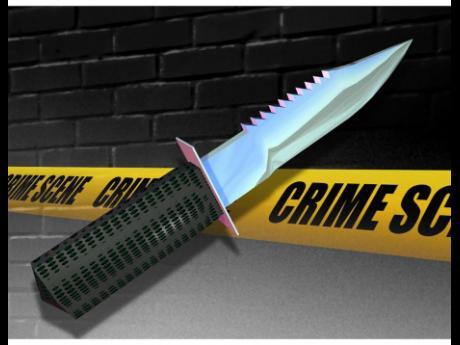 Two Corporate Area high school students have been left traumatised after being physically attacked and robbed by perpetrators believed to be teenage boys last week.

Speaking with THE STAR yesterday, the mother of one of the boys said she was extremely saddened and hoped that the attackers would receive much needed intervention.

"I am not going to blame it on the home that the children are coming from because sometimes children do a lot of stuff that does not always stem from the home. They are venting in other areas and sometimes they just don't have any love for each other, and when you talk to them, it's like they are battling a lot of things," she said.

According to the mother, the 10th grade students were walking to downtown Kingston when they were pounced upon in a section of Johns Lane.

"He told me that they just saw three boys dressed in their khakis just come out on them. The boys had on the uniform but they had on ski masks and they had on jerseys over their uniform. They backed them up with knives and told them to give them what they had," she said. When the demands were not instantly met, she said her son was slapped several times causing his face to be swollen.

"After dem box him and him friend, one of them poke the knife under my son belly and when my son tried to box away his hand, the knife draw on his belly and cut him under his ribs. At that time one of the attackers' jersey shifted, exposing the name of the school that they attend. Them box them up again and that's when my son told them he had a grand ($1,000) and dem should take it and gwan. They took the money and the bus fare of his classmate," she said.

The mother said that the thugs also demanded that the boys hand over their school bags.

"My son said one of the vendors turned around and saw what was happening and shouted 'Don't do dem nutten, dem a mi nephews', suh I don't know if the vendors were aware of those little robbers always being around there robbing people," she said.

Despite the trauma, the mother is giving thanks that the injury to her son's belly was not serious. She also stated that she did not report the matter to the police as she was involved in an accident while on her way to Kingston Central Police Station.

"I am terrified and scared as you want to teach them [children] how to manage themselves and travel alone. But when you see these things happening you want to shelter your children," she said.

"We have not necessarily received reports of these incidents, but we know that based on what we are picking up is that there are some robberies taking place that are not being brought to our attention," he said.