Football’s future is a family affair in Tower Hill 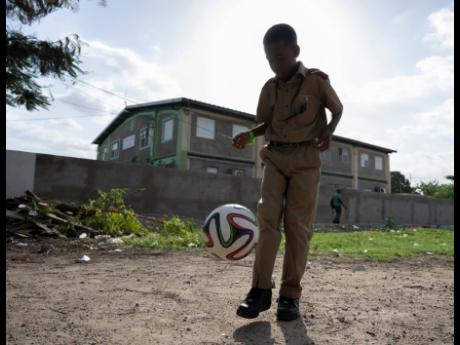 Shawn Rennie , student of St Andrew Technical High School, shows off his juggling skills on a football field off Olympic Way in St Andrew. The youngster has dreams of playing the sport professionally. 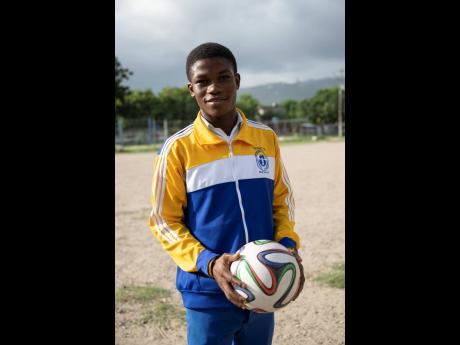 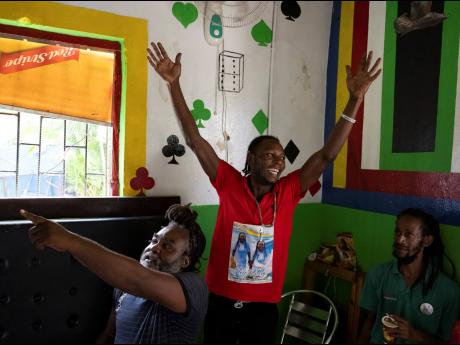 Cornell Rickets (left) and Shawn LaTouche (centre) react to Belgium’s goal against Canada yesterday, as they watched the game from Bully’s Sports Bar on Olympic Way in St Andrew. Looking on is Tyrone Litchmore. 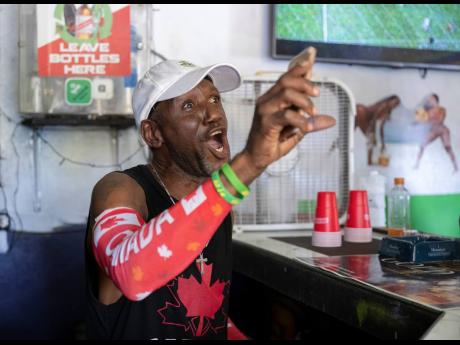 An expressive Canada supporter Wayne Livermore makes a point as his team took on Belgium in the World Cup match yesterday. He was watching from his Bully’s Sports Bar.
1
2
3
4

Against the backdrop of the greatest show on Earth, the next generation of Jamaican footballers are watching and waiting for their chance to don the black, green and gold on an international stage.

During yesterday's face-off between the Belgian and Canadian football teams, youngsters in Tower Hill took centre-stage.

Shawn Rennie, a 12-year-old student at the St Andrew Technical High School, told THE STAR that his dream is to play the game he has loved since birth professionally.

Soft-spoken and quite assured, Shawn said, "I want to be a footballer because I have the talent and I can play. From mi small, me and mi cousin normally play in the front of our yard. We play all type of sports but mi can play football best."

Rennie's cousin, Demoy Stewart, now plays as a midfielder for Jose Marti Technical High School in the ISSA/Digicel Manning Cup. Though Demoy's team Argentina has not started the competition well, he said he is inspired by the playing style of his role model Lionel Messi.

"He's always inspired me from I was a younger youth and I hope someday I can be like him," he said. "My team is playing in the World Cup and I've been carrying this team since 2014 and I love this team like it's my mother and father. I love it!"

He continued, "Unfortunately we lost our first match 5 o'clock in the (Tuesday) morning. I woke up so early, not even when I am going to school I wake so early. But we'll come again and come stronger in the other game we'll have to play on Saturday." Unlike his cousin, Shawn is an avid supporter of England.

After winning their first match in the tournament against Iran on Monday, he said he is hopeful that they will take the trophy back home with them 'across the pond'.

"England can you please win the World Cup for me and my father please?" he begged.

Aside from being influenced by his father, Shawn said his allegiance for England stems from his admiration of the team's captain and striker, Harry Kane.

England will return to the pitch on Friday where they will face the USA while the Argentines return on Saturday where they hope to defeat Mexico.