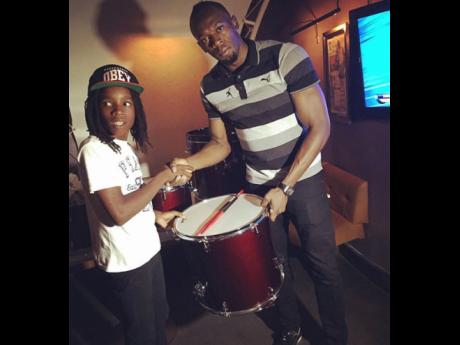 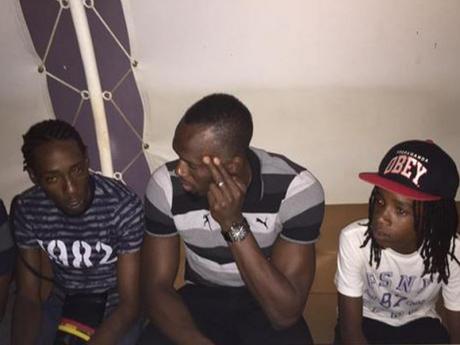 Usain Bolt is keeping his promise.

The Jamaican sprinter and fastest man in the world, Usain St Leo Bolt made Sagitar and Young Ras popular back in August when he posted a song they did in his honour.

"Jamaican producers link up..Put Sagitar on a track right now and me cover the bill.. #‎kickout #‎JamaicansMostTalented," Bolt posted on his Facebook page.

Immediately the Sagitar and the drummer Young Ras won the hearts of many Jamaicans who found them to be extremely talented.

Now Bolt is back in Jamaica and as promised, he has connected with the two talented Jamaicans.

Bolt is now at a special function being held at the Usain Bolt Tracks and Records Restaurant on Constant Spring Road where he is handing over a full drum set to Young Ras who in the video was only using a knife and a chopper as musical accompaniment to Sagitar.

Will we be hearing more from Sagitar after this? We just have to wait and see.