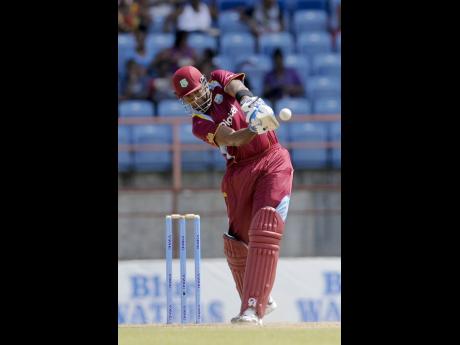 KIERON Pollard's cameo trumped Andre Russell's as his Cape Cobras beat Knights by four wickets in the final over, in the Ram Slam T20 Challenge yesterday.

Chasing 141 for victory at Boland Park, Cobras got home when Pollard smashed a four off the third delivery of the over from seamer Shadley van Schalkwyk, to seal a comfortable win in the end.

The right-handed Pollard finished on 23 not out from 12 deliveries, with three fours and a six, while Justin Ontong top-scored with 40 from 42 balls and opener Richard Levi, 36 from 23 deliveries.

With 16 needed from the last two overs, Pollard puts his side on top when he blasted a four and a six in the penultimate over bowled by West Indies teammate Russell, which leaked 14 runs.

Russell finished with two for 43 from his four overs of medium pace.

Earlier, the Jamaican struck 27 from 20 balls to help Knights reach 140 for seven off their 20 overs, after they were sent in.

He belted one four and two sixes, and put on 51 for the fourth wicket with Theunis de Bruyn who top-scored with 45 from 44 deliveries.