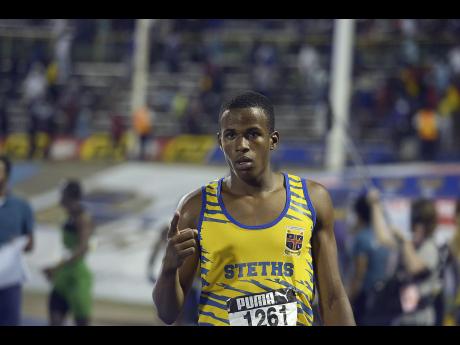 It was a bittersweet win for St Elizabeth Technical's (STETHS) Nigel Ellis in the Class One 100 metres at the ISSA-GraceKennedy Boys and Girls' Championships last night.

However, although the STETHS standout thought he executed a great race, he was very disappointed that he did not go below the 10.12 record held by Kingston College's Zharnel Hughes. He had hoped to become the first schoolboy to run below 10 second sat the championships.

"The race today was excellent. The start felt great, but in the middle, I lost my balance. But I wasn't under any pressure, I was relaxed, so I executed well, I think," he said.

"But I am disappointed, as I was expecting the record ... I was thinking sub-10," he commented..

The powerful sprinter will turn his attention to the 200m today and once again he will be shooting for the record.