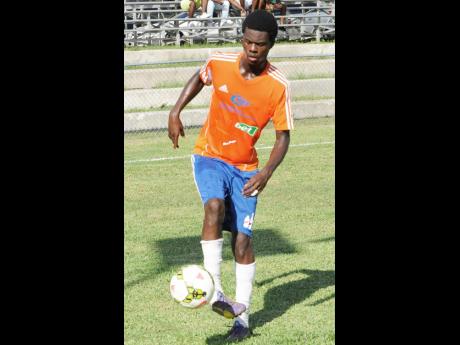 The young forward has languished in the reserves for most of the season, but with the game heading to a penalty shoot-out, Brown found a late goal to book a place in the final for the team from out west.

"It's a great feeling because I have been working very hard in training. I got my chance and I took it, and I am thankful for that," he told STAR Sports after the game.

Montego Bay United, 2-1 winners of the first leg, led 1-0 at half-time on Sunday through Cory Hylton's 45th-minute, header, but Kemal Malcolm reduced the deficit from the penalty spot on 83 minutes before Vishinul Harris put Arnett Gardens ahead and levelled the tie on aggregate in injury time.

"I didn't know the match was heading to extra-time. I was even singing a victory song on the bench," Brown said.

He added: "I thought I was just going to enter the game for the last minute, but we conceded a goal and I realised I had to go and push forward and get it done," he said.

Brown realised he only had scraps to feed off and made the most of a long kick from goalkeeper Jacomena Barrett, beating Arnett's custodian, Damian Hyatt in a 50-50 race before slotting into an unguarded net.

"I was making the movement, but I wasn't getting the ball. I saw the ball coming long and I knew it was going to beat him (Hyatt), and I just followed up. The ball bounced on me and I turned around and saw it (ball) in front of me, and I just took one touch and finished," he said.

The goal was Brown's third of the season, and he is now hoping for more playing time in the final as the team's leading forwards could all be unavailable. Dino Williams is out for the season; Cory Hylton is also doubtful because of injury; while top scorer Owayne Gordon has left the island to take up a contract.