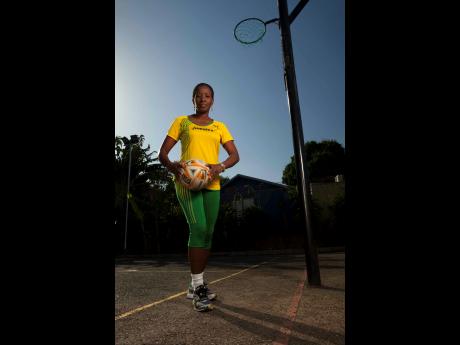 Former national netball player and coach Connie Francis, who was recently reappointed to the national netball programme, said the experience she gained overseas will serve her well in her new role as coach of Jamaica's Fast5 netball team.

Francis coached the Sunshine Girls from 2006 to 2011 before going on to coach the St Lucia national team from 2012 to 2015, helping the eastern Caribbean country to the Commonwealth Games for the first time in their history. But her involvement and assistance with the grassroots programme there helped her realise she had a knack for improving and developing young talent.

"It (job) will be a challenge because some players I would like in the squad may not be possible. So it's about going around the island seeking talent. When I worked overseas I had to develop new talent and I realised that I have some ability to work on new talent and let them enjoy the game, so it's about growth and having experience.

"I want to see what these new girls bring but I want to let them know that playing for the Sunshine Girls is a big task and whoever is chosen will have to give their best, so I am looking forward to really coaching them," Francis said.

Netball Jamaica gave Francis the option to choose the version of the game she wanted to assist with and based on her past experience she believes they have a greater chance of success in Fast5.

"Where Fast5 is concerned, I think we stand a good chance, it's how you apply yourself on the day. Although we have had success in the longer version, I believe we have better success in Fast5 because we came second and third was our worst, so I found this is my calling in Jamaica and I am going to give it my best shot," she added.