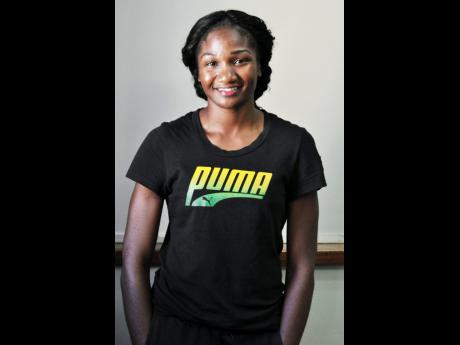 Jamaica female beach volleyballer, Kai Wright, says the team, which leaves the island today for the North Central America and Caribbean Volleyball Confederation (NORCECA) third-round Olympic qualifier in San Salvador, El Salvador, from May 12 to 16, is confident of their chances of making it to the fourth and final round in Mexico next month.

Wright admitted it will be tough, but believes that if they can eliminate mistakes and play 'smart' they can secure one of the top six places required to advance to the fourth round.

"We have been having camp, so we hope the hard work pays off. We also went on the NORCECA tour just to see some of the teams we will meet in the third round. We only saw two teams, El Salvador and Costa Rica. We played Costa Rica and won the game, but it was very challenging, so we are going to have to work real hard because they are going to come back at us," Wright told STAR Sports.

The Jamaicans ended a creditable fifth at the NORCECA tournament in Santo Domingo, and Wright believes the experience she and teammate Danielle Perry shared at that tournament will serve them well in El Salvador.

"We will face teams like Trinidad, El Salvador, Honduras, Guatemala, Costa Rica, and the top six from the second round in Jamaica, but I am confident we are going to move on to the fourth round.

We have an understanding as we are passionate and smart players. I am confident and the team is confident and we will work together to achieve our goal, which is to qualify for the fourth round," she added.

The other players on the team are Sashalee Wallen and Alecia Malcolm, while the team is coached by Garth Bonner.