Tracey looks to build on 2016 success 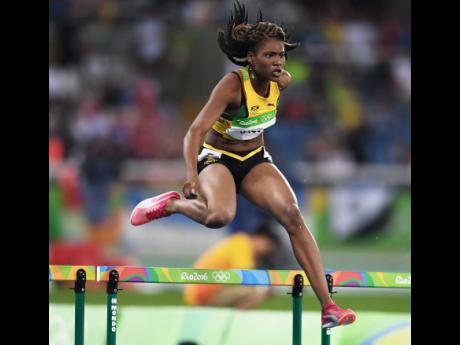 Olympic finalist Ristananna Tracey says she is working on improving her strength and technique as she looks to build on what was a good end to her 2016 season.

Tracey, seemed to have taken a few telling steps towards delivering on the promise she showed as a junior athlete, finishing fifth in the 400m hurdles final at last year's Olympic Games in Rio de Janeiro, Brazil, after stopping the clock in a personal best 54.15 seconds.

The Sprintec Track Club based athlete went below 55 seconds in her last four races of the season - the National Senior Championships, where she won her second national championships as well as the three rounds in Rio de Janeiro.

Prior to that, Tracey had not posted a sub-55 seconds time since 2013.

"I felt great about what I achieved last season, it was my first year at Sprintec and to get into that programme, get to the Olympics and then placing fifth in the final, it was a major accomplishment for me so I was happy with that," Tracey told Star Sports.

"I am very confident and I am working extremely hard to build on that. I know I have to work harder, I can't become complacent. There are a lot of persons out there training hard and I know I have to put in the work as well."

"This year I am mainly focusing on my strength, speed and good technique," Tracey added.

That time came at the GC Foster Classic two Saturdays ago. She also ran 52.7 at the same stage of the season last year, clocking 52.74 at the Seniors Link Up meet, which was her second 400m effort of the season.