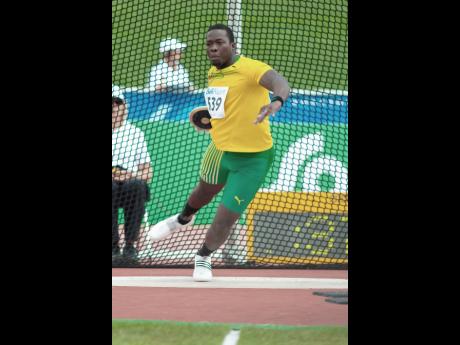 Chad Wright will be heading to Europe to try to make the 65-metre qualifying mark for this summer's World Championships in London after failing in his bid to surpass the mark at the Last Chance Throws Meet at the National Stadium last Saturday.

Wright, who finished third at the National Senior Championships, threw a best distance of 60.68 metres. The event was won by Fedrick Dacres, who has already qualified for the World championships, winning with a distance of 66.90 metres.

Wright needs to throw the qualifying distance by July 23 and said he has a few places to go to try to do it.

Meet director Michael Vassell explained that the new meet was staged to give athletes a chance to attain the World-qualifying standard.

"It's really the fact that there are some much people who are close and we need to provide as much opportunities as possible and, I mean, it's really a sign that throwing itself is going," he said.

Traves Smikle was second with a fourth-round toss of 63.27 metres. Basil Bingham was fourth at 60.01 metres.