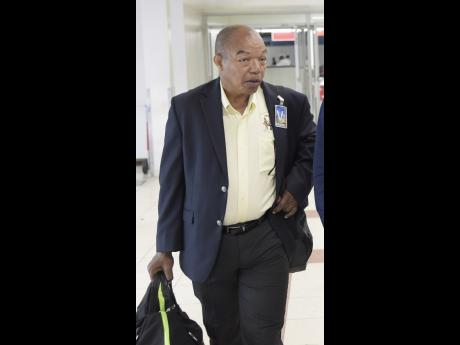 Earlier this month, the respected US publication 'Track and Field News' predicted that Jamaica will win 11 medals at the World Championships which starts on August 4 in London. Dr Warren Blake, president of the Jamaica Athletics Administrative Association (JAAA), thinks that number could be surpassed. In the same discourse, he expressed the view that three-time world 100m champion Usain Bolt is a special talent.

"I feel it is a reasonable assumption that we can get 11 medals", agreed Dr Blake. "We may surprise and get a few more", he continued. In an observation on the composition of the Jamaican team to London, he said, "I think we have a pretty good team, a good mix of youngsters and more-seasoned campaigners."

The team includes Bolt and Novlene Williams-Mills, who first participated at the World Championships in Helsinki, Finland, in 2005, alongside newcomers Jaheel Hyde, Demish Gaye, Megan Simmonds and Rhonda Whyte.

Even though Olympic 200m champions Bolt and Elaine Thompson are only competing in the 100m, Blake views the 11-medal prediction favourably and said, "it's still a good haul."

In his own prediction about the future of Jamaican track and field, Blake forecast, "When Bolt steps away, we won't have an outstanding brilliant star but we'll have enough stars."