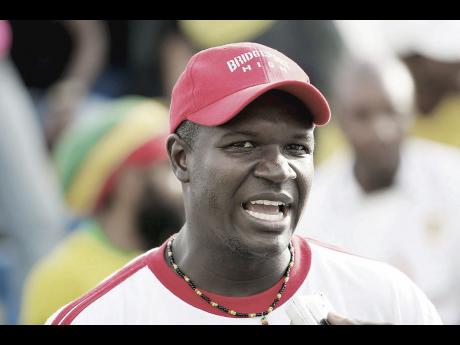 St Catherine High School, champion of the INSPORTS St Catherine Football Challenge, is looking forward to competition in this year's Manning Cup. Anthony Patrick, coach of the triumphant team, is hoping that the win in the INSPORTS tournament will be a stepping stone to good things.

The St John's Road Sky Blues get their Manning Cup campaign going on Monday next when they host Denham Town High, and Patrick has his eyes on a home win and three points.

He is still feeling good about his team's win in the inaugural INSPORTS tournament on August 30. In a reference to the 2016 Manning Cup, he recalled, "Since last year, we have qualified for the quarter-final round and the first competition that INSPORT put on in St Catherine here, we end up champion."

"I hope it's a stepping stone for us going forward," he added.

Patrick's boys beat Eltham High School 4-3 on penalties in the INSPORTS final, but he believes that they crossed a major hurdle by beating Dinthill Technical High in an earlier encounter.

"I said to the players that anybody wins the Dinthill game in the semi-final will win the final," he recounted at a training session earlier this week, adding that the team ended up beating Dinthill and coming back to win the title.

"He stepped up and he led from in front," said Patrick as he looked at the players he hopes will lead the team this season. He also expects Anderson to return to fitness.

The team also has Kyle Cole, a player who plays for Rivoli in the Super League.

According to Patrick, St Catherine's pre-season preparations have gone well but for some niggling injuries.

"Hopefully, we can get about two of them for Monday, first game against Denham Town here, but definitely, we are in good stead," he said.