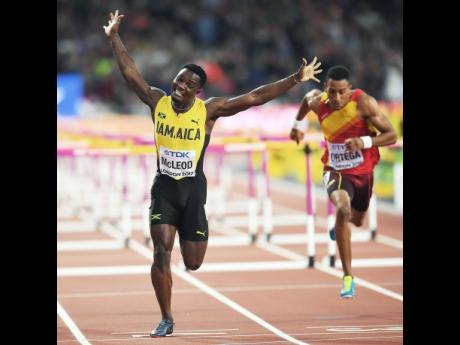 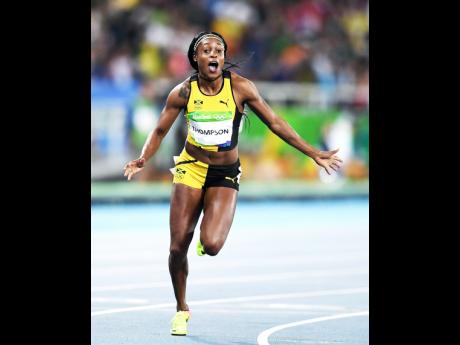 Jamaica's Omar McLeod and Elaine Thompson both appear in a prominent listing of the world's top 10 athletes, male and female respectively, for 2017.

McLeod, world champion in the 110 metre hurdles, is the ninth ranked man in the eyes of the respected US publication TRACK AND FIELD NEWS, while Thompson, the world's top female sprinter, appears at number 10. In addition, McLeod's national record run of 12.90 seconds was voted among the ten best performances of the year across all events.

On the women's side, Poland's dominating hammer thrower Anita Wlodarczyk reigned supreme for the second year in a row. Russian high jumper Mariya Lasitskene was voted into the runner-up spot in the ladies top 10.

Thompson, who had the fastest two 100 metre times of the season at 10.71 and 10.78 seconds, is the only woman in the elite group, who did not win her event at the World Championships in London.

American Tori Bowie and Dafne Schippers of Holland, the champions of the 100 and 200 metres respectively in London, do not appear in the top ten.

In addition to giving McLeod ninth position on the men's top 10, the TRACK AND FIELD NEWS panel showed high regard for the clocking that the Jamaican used to win his National Championships in June. A monster javelin mark of 94.44 metres by Germany's Johannes Vetter was adjudged to be the performance of the year with McLeod's 12.90 sharing eighth place with a fast marathon - 2 hours 03 minutes and 32 seconds - by Kipchoge and another huge javelin mark - 93.30 metres - with Vetter's compatriot Thomas Roller.

McLeod's run, which paved the way for him to go to London, made him the joint fifth fastest hurdler of all time. He shares that honour with retired America Dominique Arnold.