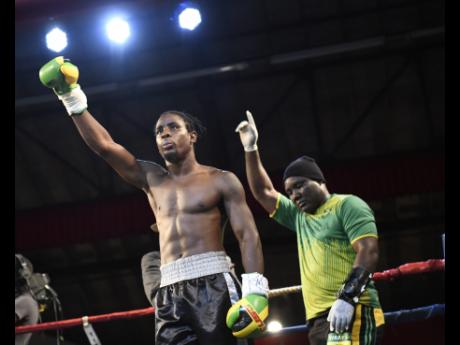 Holmes, known for his hard hitting and aggressive fighting style, seemed to many fans at the Chinese Benevolent Association auditorium to have had difficulty knocking out Reyes. This knockout was expected as Reyes is a mixed martial artist involved in his very first fight, whether at amateur or professional level. However, the bout lasted all five rounds and was decided by the judges.

But Grant said that this was a misunderstanding by spectators as the plan was not to get a knockout win, but go all five rounds to get Holmes more time in the ring for conditioning purposes.

"He didn't have any difficulty," Grant told STAR Sports. "Based on the fight plan, when we went into the ring, Frog anticipated doing five rounds. Because of a lack of sparring, we wanted to get five rounds. "Last year, Sakima won the Contender and his first fight (against Team Canada's Winston Matthews), he wasn't Sakima. It's five months, so gradually you have to build up on the way to the final. You're gonna get a lot of pressure for the next four to five months, so you have to start slow and build yourself in the competition.

"There were a lot of times when he could've taken out the kid and knocked him out, but he was just there toying with him. He was a no match because the guy wasn't giving him any competition. He was just having fun and trying to get some rounds under his belt."

It was also noticed that Holmes was using less right handed shots from late in the third round onwards and Grant said that this was because he picked up an injury.

"He threw a punch and felt a shock in his hand. So we're now here putting it through physiotherapy, getting it iced and stuff," Grant explained. "He was just holding back and trying to go the five rounds. He didn't even want to knock him out."

Holmes now moves on to the quarter-final stage of competition. He will not know his opponent until the first stage is completed as the winners' names will be put into a pot to determine the matches. However, he has another seven weeks before he returns to action.