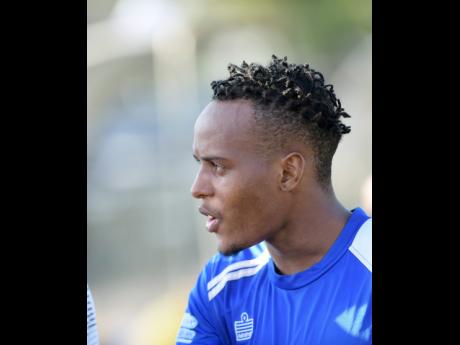 Cavalier's midfielder Nicholas Hamilton says Sunday's come-from-behind 2-1 victory over Arnett Gardens in the Red Stripe Premier League will serve as a big moral booster for the club in their quest to win this season's title.

The 22-year-old proved the hero for Cavalier, as he netted both goals to help the club to their first victory over Arnett Gardens in two seasons.

Hamilton, a former Holy Trinity High school Manning Cup standout, scored his goals in the 90th and 93rd minutes to give Cavalier their second straight win of the season.

"I think it is a big victory for the team because last year we didn't beat Arnett Gardens in the league and beating them this year, is a good feeling for us," said Hamilton.

"I think this year we are going to win the title and so we just have to continue working hard, play as a team and believe in each other and continue to listen to the coaches' instructions," he continued.

Hamilton, who plays left midfield for Cavalier, netted four goals last season and he added that he is aiming to add a few more this campaign.

"It is good feeling scoring two goals against one of the top teams in the country because we were down 1-0 and my two goals helped us to the get the victory and so that is a good feeling for me," Hamilton said.

"My aim is to score 20 goals this season because I am feeling good about myself, as I am getting fitter and I am playing some good football and so I just have to continue working hard."

Hamilton pointed out that his aim is to stay focus, continue to improve his game and hopefully, he will be able to receive a national call-up.

"I am working by myself also and I am doing some extra gym work and preparing better for this year's competition," said Hamilton. "I am looking for a national call-up this season so I can take it from there to see if I can even get a contract overseas."