Watson looks ahead after positive return 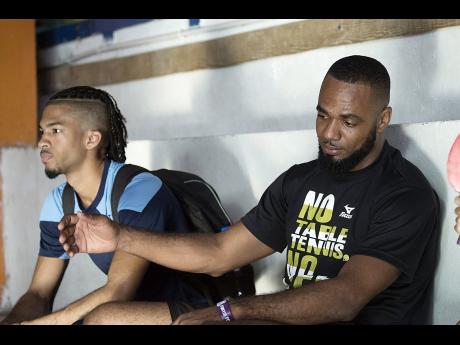 A year after injury pushed him on to the sidelines, three-time national table tennis champion Kane Watson is heading toward good form again.

Watson held his own at the recently concluded Caribbean Table Tennis Championships and is looking ahead. Speaking on Saturday, when the Championship ended at the National Arena, he said he was happy to end the 60th staging of the regional tournament healthy.

The 31-year-old defeated 2003 Caribbean champion Kevin Farley of Barbados and took a doubles silver with Simon Tomlinson before losing to 2017 singles winner Samuel Galvez of the Dominican Republic in the men’s event.

“It's good to be back in form”, Watson said. “I'm playing decent, best I've been playing in a couple of years so I'm grateful for the performance and coming out healthy.”

A leg injury stopped him early in the team events at the 59th Caribbean Championships in Cuba last year, so playing without injury was a victory.  All he had to contend with this time was minor shoulder pain.

“But that's just niggles that comes with the sport, but I feel good, I'm getting fitter so better and bigger things to come”, Watson evaluated.

Understandably, Watson wasn’t pleased with his match against Galvez, who has a world ranking of 242. In their round of 16 encounter, the former Kingston College and University of Technology ace fell behind 4-11 and 2-11 as Galvez, a muscular shot maker, fired at will.  Ranked jointly with Tomlinson at 1034, Watson changed his serves and won game three 12-10 before Galvez closed the match 11-8 in the fourth.

“Very slow start and he's a quality player, so I just have to correct a few mistakes and start early next time against him,” reasoned the tall Jamaican.

Encouraged by those last two stanzas, Watson hopes to meet Galvez for a fourth time. “I’m looking forward to playing him again”, he said with an even tone.

His next major assignment comes later in the year. “Caribbean Championships is early next year so that's early on the agenda, February or March in Guyana, but before the year closes out, (I will play in the) US Open, Orlando, December”, he projected.