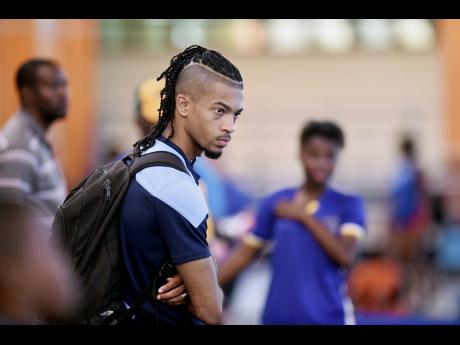 By and large, Caribbean players, including the Jamaican pair of Simon Tomlinson and Kane Watson, have taken a hit in the October International Table Tennis Federation (ITTF) world rankings. With one notable exception, the downward trend affected players from the Dominican Republic, the double Caribbean team champion, Cuba, Barbados, Mexico and Jamaica.

The noted exception was CAC Games bronze medallist Brian Afanador of Puerto Rico, who moved up from a position in the rankings of 130 in September to number 118. That's just short of the position held by Ecuadorian Alberto Mino, who stands at 116. Mino plays in the German Bundesliga for the BVB Tischtennis club.

Afanador's compatriot Adriana Diaz, who skipped the recent Caribbean Championships in Kingston in favour of the Youth Olympics in Argentina, is still the highest-ranked player from the region, but fell from number 33 in the September rankings to number 44.

Mexico's Marcos Madrid and Cuban Andy Pereira took gold and silver in singles at the CAC Games, but both plummeted in the October rankings. Madrid went from world 101 to 147 and the Cuban shifted from 142 to number 187. Similarly, artful Barbadian chopper Tyrese Knight, the Caribbean Under-21 runner-up, now appears at position 488. Previously, he was world number 459.

Eva Brito of the Dominican Republic, second in Kingston, lost over 100 ranking positions in a move from 193 on last month's list to number 299. Her teammates Emil Santos and Samuel Galvez, who have shared the last two Caribbean men's singles titles, suffered the same fate. Santos, who beat Galvez to win in Jamaica, went from world number 179 to 247 and his friendly rival went from number 242 to 441.

However, the stocks of Dominican Republic table tennis may soon rise. Now eligible to join Santos and Galvez on the national team is the chinese player Wu Jiaji. The 23-year-old right-handed penhold player was world 101 in 2011. Wu, whose repertoire features the now common reverse penhold backhand topspin, follows in the footsteps of another Chinese player, Lin Ju. In 2003, in Kingston, Lin won the Caribbean title for the Dominican Republic.

He also played for the Dominican Republic in the 2012 Olympics.

Tomlinson and Watson were joint world number 1034 in the September ranking list. Now they share position 1077 with 12 other players. The Jamaican pair, who joined forces to win a men's doubles silver medal at the Caribbean Championships, are currently the only players from this country to be listed in the ITTF world rankings.