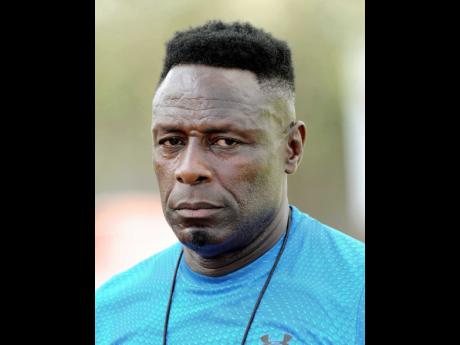 With the transfer window scheduled to open in just more than a week, Jerome Waite coach of Red Stripe Premier League outfit Arnett Gardens said he will be seeking a striker to improve his team's attacking unit.

Arnett, who are currently fourth in the table with 27 points, is the third highest scoring team this season as they have netted 22 times.

Only Waterhouse with 28 and defending champions Portmore United on 27 have scored more goals than Arnett this season.

Fabian Reid is Arnett's leading scorer so far this season, with seven goals, one behind leader Rondee Smith from Portmore.

Waite said his side has been creating a lot of the chances in the league, but poor finishing from their attacking players have been letting them down.

"One of the main things is to identify players who can score goals, but if you observe what you have in the league, it is not much to talk about," said Waite.

All the teams are suffering the same consequence in that area and if those players are up to standard, then it means that they won't be in the island," he said.

He added that anyone who believes that they can fit in the team and make a difference, then the opportunity is there for them come in and try out with the side.

"The door is always open to players who believe that they can be part of the Arnett Gardens family and so it is their duty to come and showcase their talent," Waite said.

Arnett are scheduled to face Dunbleholden in tonight's Monday Night Fixture at the Anthony Spaulding Sports Complex. The match will start at 8:30.