Sunshine Girls to shine even brighter this year - Daley-Morris 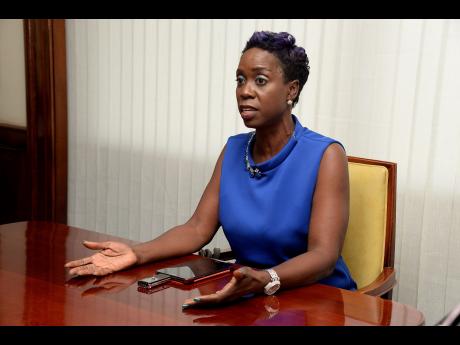 President of Netball Jamaica (NJ) Dr Paula Daley-Morris said this will be a big year for the Sunshine Girls in their quest to secure the gold medal at the Netball World Cup, which will be held in Liverpool, England.

The Jamaicans are coming off an excellent 2018, where they captured the bronze medal at the Commonwealth Games in Gold Coast, Australia. In fact, the Sunshine Girls narrowly missed out on a place in the final, after they were beaten 55-56 by rivals England in the semi-final. The team also rose to number three in the world rankings.

Daley-Morris said the Sunshine Girls, will be making a serious challenge for gold medal this year.

"For us, it was a big year last year and it should be an even bigger year this year," said Daley-Morris. "We are expecting to do very well, but you know the ball sometimes defeat us in terms of the ball is round and so we are not sure what will happen."

"However, we are anticipating a good tournament and we really want to be on the top of the podium, but just being on the podium will be enough for us as well," added Daley-Morris.

The Sunshine Girls defeated second-ranked New Zealand twice to capture the Quad Series in March last year in New Zealand. They then thrashed England 3-0 in the Sunshine Series in September.

The NJ boss believes the Sunshine Girls are close to the top two teams in the world - Australia and New Zealand and so they will be high on confidence going into the Netball World Cup.

"I think we are very close and we have to believe that we are close, because of the quality of the team that we have now," Daley-Morris said. "We have never seen this quality before and so the girls are really confident and they work well as a unit and so in my estimation, it is very little between them and the gold."

Daley-Morris noted that NJ is currently negotiating with a number of teams for practice games for the Sunshine Girls.