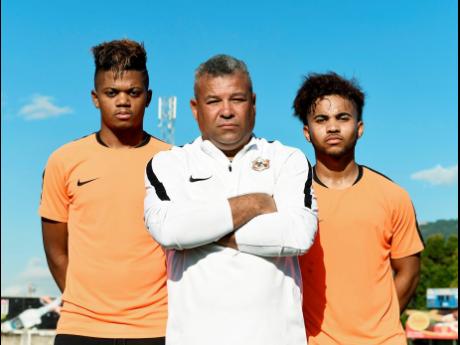 Following the disastrous performance of the national Under-23 team in Olympic qualifiers and the Pan American Games, outspoken football administrator Craig Butler has criticised the country's developmental programmes for young players and has called for them to be revamped in order to be more effective.

Butler argues that there is no succession plan for most of the best young talents after they leave high school, and this, he believes, slows their developmental progress. He also believes that with more education and exposure, coaches can have a greater impact on the progress of players and their teams overall. But he insists that what coaches learn overseas should be combined with their experience and knowledge of local football in order to develop a distinct type of Jamaican player or style of play.

"It is doable with all on board including the players. But to understand the solution, we must first and foremost establish as a footballing nation, what our national culture is and what it should be. We pride ourselves on being skilful, being the next Brazil, on being fast, on being intelligent and persistent. We little but 'tallawah'," he said.

"But have we transferred those true qualities on to the football pitch? No. How quickly we execute and reach decisions on the pitch leaves a lot to be desired as our speed of thought is severely hampered by this one-sidedness."

He noted that in Belgium, scores are not included in youth competitions as their aim is to develop the players techniques and comprehension of the game. He believes that Jamaica needs to adopt similar principles in order to grow young players.

"Belgium removed scores being kept from Under-7 to Under-15 in all competitions, meaning no results, so, no matter what, no one wins the competitions. So we must first establish what we want to achieve with realistic goals, and I believe with good, sustained technical development, with an understanding of our strengths and employing them, in this generation we can reach a World Cup semi-final and go even further. But only once we follow this course," he said.