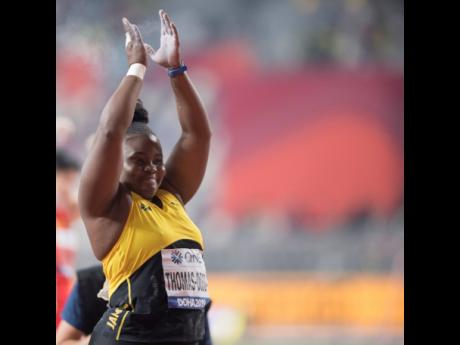 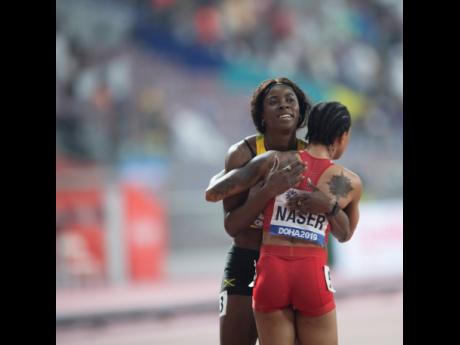 The 25 -year-old was ecstatic to finish in podium position at another global championships, but made it clear she is still hungry for that elusive gold medal and is ready to go back to the drawing board to devise a plan in order to get it.

"I really want to win a gold medal," Jackson said after the race. "I think I need to work harder. This season we took the race strategy a little different . I think coach (Paul Francis) will decide how we work to master the 400m."

Salwa Eid Naser of Bahrain shocked pre-meet favourite Shaunae Miller-Uibo to win the gold medal in 48.14 seconds, the third fastest of all time and the second fastest to be registered over the distance at a World Championship.

Miller-Uibo also walked away with a personal best of 48.37.

"I wanted to run the national record, but I will have to go after it another time," Jackson said ."But I am really happy because I remember in 2017 I wanted to run the national record and I had to sit on the steps after the semi-finals to see if I had got in the finals and I promised myself that I don't want that to happen again so I am pleased with how I ran tonight."

Lorraine Fenton holds Jamaica's national record in the event at 49.30 since 2001.

" My instructions were to go out harder than I did in the first two rounds, but I think I went out a little bit too hard and when I reached the last 150m I tried to make a move and I didn't find anything in the legs," McPherson said.

Daniel Thomas-Dodd won the country's other medal yesterday when she captured the silver medal in the women's shot put.

"I have a lot of emotion going on right now. The most important one is that I am really happy with where I am compared to two years ago," she said. "I missed out on the medal on my final throw so for me to come back and secure the silver is definitely a good feeling."

Clayton is entering the final with the third fastest time after her 54.17 effort in the semi-final and is in a good position to win her first medal at global championships.

Gaye and Bloomfield will have to work hard to get on the podium though as Bahamian Steven Gardiner, Machel Cedenio from Trinidad and Tobago and Grenada's Kirani James seemed to be in impeccable form.