Men’s shot put was the best event in Doha – Robinson 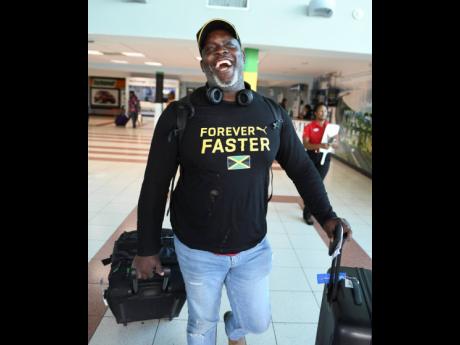 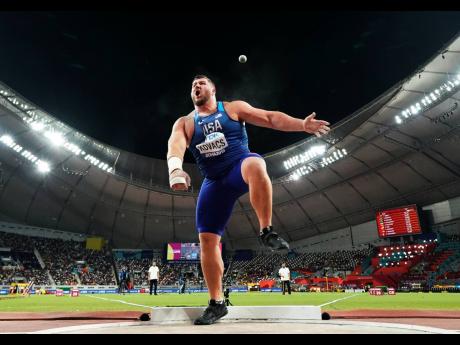 Joe Kovacs, of the United States, competes in the men’s shot put final to win the championship record for gold at the World Athletics Championships in Doha, Qatar, October. 5, 2019.
1
2

A dramatic men's shot put competition has won a big vote as the best event at the recently concluded World Championship. The nod has come from Jamaican throws expert Julian Robinson. According to the man who coached Fedrick Dacres to second place in the discus throw, the three-way last round battle for supremacy in the shot showed how exciting field events can be.

The stage was set for a big finish when Olympic champion Ryan Crouser boomed his last throw out of 22.90 metres to match the huge first-round mark by New Zealand's defending champion Tom Walsh. Crouser had barely settled into position as the joint fifth best thrower of all time when Kovacs fired his final putt 22.91 metres.

Asked to name the best event in Doha, Robinson didn't hesitate. "It must be the men's shot put, man. The men's shot put, that was a cliff hanger. That was a cliff hanger, man. I couldn't believe it," exulted Robinson. "I saw him (Kovacs) training and I saw Crouser training and I had an idea what Romani and Walsh were coming with and I didn't expect Kovacs to win, right and going into the last throw. I said it would have been Walsh, then Crouser or Romani, I had no idea that Kovacs would come with that. I mean 22 low, yes, but 22.91? Wow!"

That big finish gave Kovacs his second World title to go with the one he won in 2015, the biggest throw since 1987, and the No. 3 position on the all-time performance list.

According to Robinson, Walsh may have been unlucky. "Walsh has some big throws that were called fouls, some controversial calls, and the way he got third, if he had saved one of those throws, it might have been second or first," he said.

There were words of consolation for Brazil's Pan-American Games winner Darlan Romani, who hurled his shot 22.53 metres for nothing but fourth place. "In any other year. He'd have definitely won a medal," Robinson assessed. In fact, Romani's effort would have won every other World Championships gold medal in history. Asked to advise how he would console the stocky Brazilian, the Jamaica said: "However, in this year, it wasn't good enough. Tough luck. Tomorrow's another day. The Olympics is less than a year away. Just regroup and work for that."