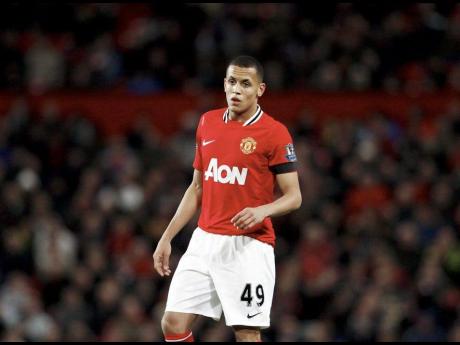 National men's football team manager Roy Simpson said England-born footballer Ravel Morrison made himself available to represent the Reggae Boyz in the last two Concacaf Nations but Theodore 'Tappa' Whitmore opted not to use him.

Simpson revealed that Morrison made contact with the federation just before the start of the international break, but Whitmore decided against adding the former Manchester United player to the squad as he had already made plans for the Nations B League games against Antigua and Barbuda on Friday, and at home against Guyana on Monday.

"He had told us he was available for this game, but we had already done the list (squad) of players. It was before the (international) window opened. But the coach (Whitmore) had decided on who he was going to use, which he (Morrison) understood because he knew the squad was named, so he said he was available in case of any injuries or any other thing," Simpson explained.

Morrison, who starred for England at the youth level, received his Jamaican citizenship over a year ago and his long-awaited debut is now long overdue. He was expected to make his international debut in the Concacaf Nation's League last November or the Gold Cup but did not take up Whitmore's invitation for neither tournaments, leaving many to question how genuine his intentions are to represent the Reggae Boyz.

But although Simpson insists that the onus is on the player if he truly wants to play for Jamaica, he says that the initiative Morrison showed for the last two Nations Cup games was encouraging.

"The decision has always been his and he said to us, prior, that based on his injury he would not be available until November, and he indicated that he was available. But we had advanced plans (for the team), which he understood," Simpson said.

Simpson added that Morrison, who reportedly has issues travelling to the USA, would have no immigration challenges once Jamaica are playing in the region.

"I will have to speak to him on outstanding matter because we wouldn't want to include him and that has not been resolved. But the last two games that wasn't an issue for us. I don't know the final position on it, but the fact that they were Caribbean games, it would not be an issue for him (to play)," he said.