STATHS back in Manning final 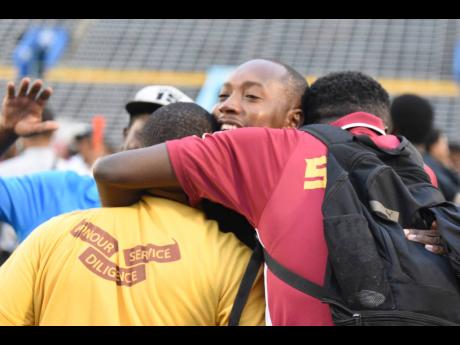 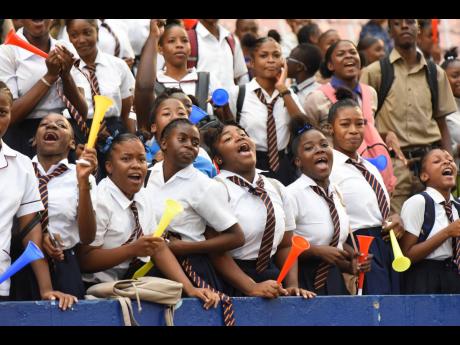 Students of St Andrew Technical High School are ecstatic after their team’s penalty shoot-out win over Wolmer’s Boys in the semi-final of the ISSA/Digicel Manning Cup at the National Stadium in St Andrew, yesterday. 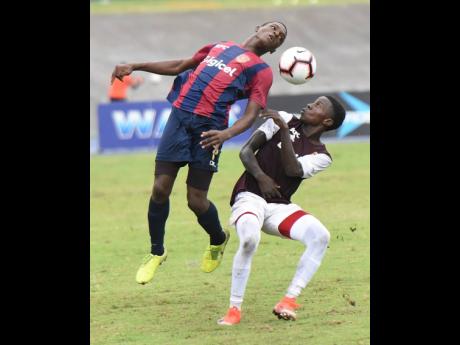 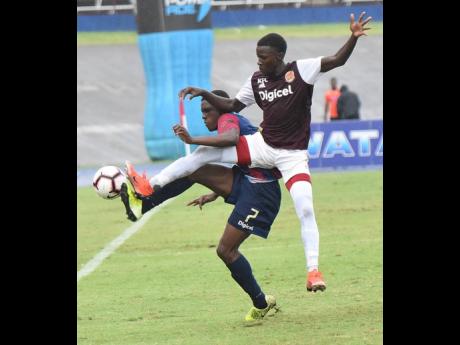 Campbell (left) gets in another tussle with McKetty on the touchline.
1
2
3
4

St Andrew Technical (STATHS) advanced to their second ISSA/Digicel Manning Cup final in three seasons after beating Wolmer's 4-2 on penalties after battling to a 1-1 in the first semi-final at the National Stadium yesterday.

Winning coach Philip Williams said Wolmer's did their homework for them, but their practise on penalties paid dividends.

"It was a tough encounter," he said. "But the boys stuck to the instructions. They knew it would be tough and we knew penalties are one of the eventualities of this game, so we put in a lot of work there."

After a bright start by both teams, St Andrew Technical took the lead when Steven McQueen headed home from a short corner in the ninth minute.

But Wolmer's were level five minutes later when Orlando Russell broke through the STATHS defensive line and slotted under Ricardo Laing for the equaliser.

However, both teams had it as good they got for the remainder of the half, with STATHS controlling the play, looking to capitalise on an opening, while Wolmer's looked dangerous on the break.

After the interval, Wolmer's were the better team and Russell had a great chance to put them in front but his shot from eight yards out was blocked.

Brown came close for STATHS soon after but his header from Romario Campbell's cross was scrambled away after being saved by goalkeeper Denzil Smith.

As both teams went for the jugular, a number of openings appeared, but none could make their chances count. In the end, they had to go to the dreaded penalties to decide the outcome.

But although STATHS missed their second penalty, they rallied to win the shoot-out 4-2 after Wolmer's missed their third and fourth kicks and STATHS converted their other kicks.

Wolmer's coach Alex Thomas said it was a tough battle but said his team gave it all.

"It went to penalties and that can go either way," he said.