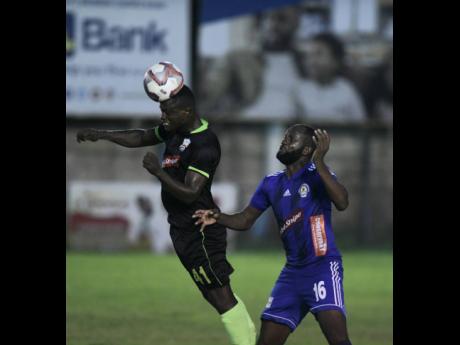 David Galloway, the manager of Mount Pleasant Football Academy, said they are not going to rest on their laurels when they meet defending champions Portmore United in their Red Stripe Premier League (RSPL) encounter at the Spanish Town Prison Oval on Sunday.

Mount Pleasant are currently the hottest team in the RSPL with five straight victories in their last five matches.

In fact, after a shaky start to the season, which led to the club parting ways with Donovan Duckie in early September, the St Ann-based outfit have seen their fortunes improved a lot. The reappointment of Paul 'Tegat' Davis has resulted in Mount Pleasant moving to second in the standings on 22 points, five behind last year's beaten finalist Waterhouse.

They hold a slight advantage going into Sunday's match, having beaten Portmore 2-0 in their previous meeting this season.

Galloway told STAR Sports that while they are confident ahead of Sunday's encounter, he is expecting a tough contest from their opponents.

"We always know that Portmore is a team that you can't take for granted and going up against the defending champions, we know that we have to go with our A plus game," said Galloway.

"Even though we have beaten them since this season, we still can't give them any chance because they are now finding back their form and getting back into the premiership," he said.

"We just have go with our mindset and game plan to see if we can get the six straight and continue on our journey this season," Galloway said.

He pointed out that his players have been playing well this season and the vibes in the team is excellent and therefore they are determined to make it six in a row on Sunday.

"It is good feeling to be on this five-game winning streak because that is what we are in the championships," said Galloway.

"The players are in high spirits and looking forward for a good match on Sunday against Portmore," he said.

Meanwhile, Portmore, who are seventh in standings on 15 points, are coming off a 1-0 victory over Tivoli Gardens.