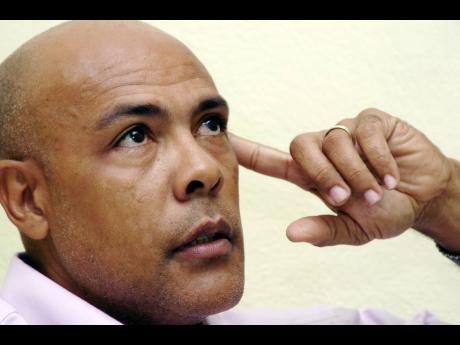 The former FIFA referee strongly believes that spectators heeded their recent public warning. He said their intention is not to infringe on spectators' freedom of speech but that consistent and persistent abuse or threats will lead to expulsion from venues and he insists they will not back down.

"We had six (RSPL) games last weekend and we never had one incident of abuse or threat to a referee and it was on Saturday that I made the statement," he noted.

"We are not taking away anyone's freedom of speech but if you are at a game and for 45 minutes you are telling the referee he is this and that, you can't expect the game to continue. So it's when referees are targeted and there is clear evidence he (or she) is targeted.

He pointed that law five gives referees the authority to ensure the game is played in accordance with the laws of the game, and a referee can decide what action is required for a situation.

He says it is something that has been done before locally and this is just a reimplementation as things are getting drastically out of hand.

"We are taking precaution against the execution of threats. Anybody that ignites a match or the environs of the game, the referee has the authority, in conjunction with the commissioner, to deal with it. It is a part of game control ...," he said.

He added that they had taken action without consulting the Jamaica Football Federation (JFF) or Premier League Clubs Association (PLCA).

"We don't need their blessing as this is within the laws of the game. There is nothing to ease up on now, they (spectators) must comply. If you go to the game to target officials by spewing insults, abuse and threats, we are going to ask the clubs to get the persons identified out of the stadium. If they don't, the game will be postponed and the next time a referee is appointed (to that venue) they are not going to come because they will not go into an environment where they are constantly abused," he said.