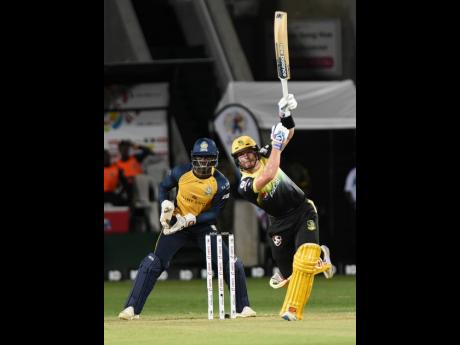 The Jamaica Tallawahs have signed four spin bowlers ahead of the upcoming Caribbean Premier League Twenty20 (T20) season to address issues that caused their last- place finish in 2019.

As was first reported by The Gleaner in May, the Tallawahs have picked up Barbadian all-rounder Carlos Brathwaite, who was the former captain of the St Kitts and Nevis Patriots.

Pakistan batsman Asif Ali, who made his T20 debut against the Windies in 2018, is one of the new batsmen that has been brought into the set-up after the departure of marquee opener Chris Gayle.

The Tallawahs have also retained some familiar faces in that of New Zealander wicketkeeper-batsman Glenn Phillips, who was the leading run-scorer for the team last season, and Jamaican batsman Andre McCarthy.

Jamaican batsman Javelle Glenn, who was part of the Tallawahs squad last season, has been picked up by the St Lucia Zouks. Another Jamaican, left-arm spinner Dennis Bulli, has been drafted by the St Kitts and Nevis Patriots, where he will join compatriots Fabian Allen and Sheldon Cottrell.

All the players involved in this year's CPL are expected to fly to Trinidad and Tobago on private charter on August 2, with the players and support staff having to undergo two weeks in quarantine before the tournament, which runs from August 18 to September 10.