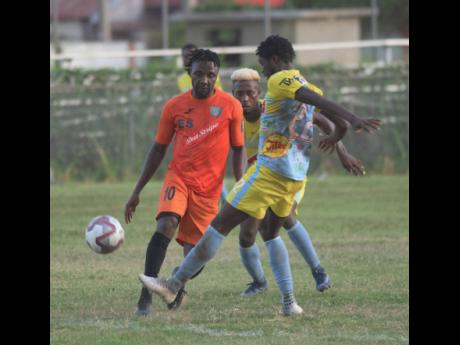 However, the first registration window for premier league players has been pushed back by a month and will now be opened from July 27 to October 2, with the second window schedule to be opened from January 2 to 31.

Clubs in the amateur ranks would be allowed an extra two weeks, from July 27 to October 16, to complete their registrations. However, for the second window, all teams would be granted the same time period, January 2 to 31, to conduct their transfer business. Although registration periods are subject to change.

But Wint said the league could face further delays if the protocol required to ensure the safe return of the league is too expensive.

"There is an affordability that will mitigate against us restarting (league) if we can't afford what is required for the protocol, then we will have an issue. So it's if we can afford it. But that (financing) is being worked on (internally). So by this week or next week we should have everybody meeting and come up with a workable plan," he said.

"We will meet with all stakeholders to make that determination (league start) and provide that protocol and see if the ministry can sign off on it," he said..

"Our medical personnel has to be involved in the process and all the medical (personnel) are working together to come up with something. They will meet with stakeholders internally and externally to develop the protocol," he stated.

Cavalier technical director, Rudolph Speid, reasoned that the premier league usually starts a week or two after the transfer window closes, and with the summer window set to close in October, he surmised the league would start sometime after that. However, he doesn't think the cost associated with implementing a safety protocol for the league would cause any undue delay.

"The JFF competitions and technical committees are working on their (restart) plan and should announce when they are going to start soon. No football will start in September, the transfer window alone tells you that will not happen. The window has been moved to October 2, so we estimate the (RSPL) start date will be late October or early November," he noted.

He added that "It takes US$70 (J$10,000) to test one person. And nobody will allow a league to start back in Jamaica without people being tested. The premier league alone is J$5 million (for COVID testing), at 40 players per club.

"No (don't expect COVID protocol expenses to delay league start). What we have to worry about are the little leagues as I don't see them playing any football until next year," he added.

Mount Pleasant general manager, David Galloway, said his club was itching to get back on the training field by the end of this month but because there is no word coming from the federation, they have had to push back the start of their preseason.

"We were going to start (preseason) this month but we cannot start again because the JFF hasn't finished getting their things together. They are waiting on the (sports) minister to know what is what. So we can't make any move, we have to push back (training) for a later date," he said.

"We were looking to start in the first week of July and then we set it back for the last week but we can't do anything because we don't know what is going on. We have closed off everything, so there is no form of training, we just have to hope and pray for the best," he added.