DaCosta delighted to be on top of trainers’ standings 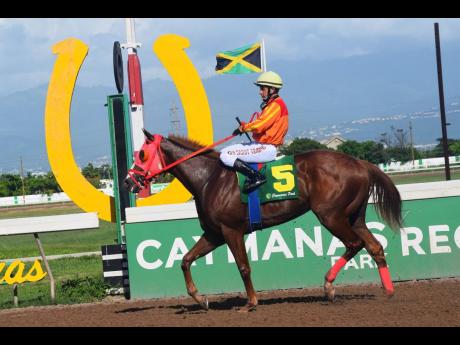 BILLY WHIZZ (Dick Cardenas aboard) walks back to the winners’ enclosure after his victory in last Saturday’s Royal Dad Trophy over nine furlongs and 25 yards at Caymanas Park. 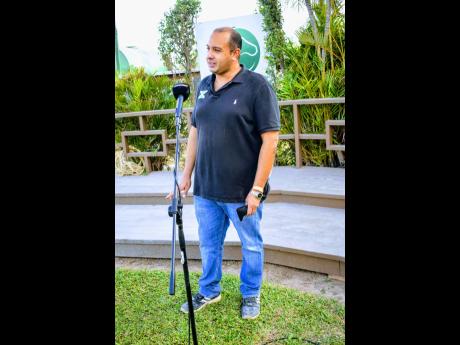 Having taken over the lead in the race for this year's trainers' championships, Jason DaCosta, son of former champion trainer Wayne DaCosta, says he is delighted to be on top but he admits that there is still a long way to go in the title race.

DaCosta took over leadership of the trainers' championships from defending champion and long time leader Anthony Nunes last Saturday after his impressive three-year-old gelding BILLY WHIZZ romped to victory in the Royal Dad Trophy race over nine furlongs and 25 yards. He trailed Nunes by $74,755 entering last Saturday's race day but has overtaken his rival with stakes earnings of $39,930,755 while Nunes has now slipped to second with earnings of $39,521,960. Gary Subratie, $36,938,685, Ian Parsard, 26,567,650, and Steven Todd with $16,158,150 round off the top five.

The now leading trainer took over the stables of his father when the latter died earlier this year and started training in Jamaica at the end of March. He said despite his rise to the top of the standings, he is just going to continue working hard at his craft and hope for the best for the remainder of the year.

"I am just going to keep on because what will be will be," said DaCosta. "I will continue to try my best and to do my best."

DaCosta has been very impressive in the win column this season with 51 victories compared to Nunes' 43. Gary Subratie is in third with 42, followed by Ian Parsard 30 and Steven Todd 26.

A licensed trainer in the United States where he has won more than 350 races, the young DaCosta pointed out that in horse-racing things can change very quickly and therefore he is not going to get carried away by his current success.

He noted that his animals have been performing well in 2021 and he is hoping that this will continue for the remainder of the year.

"I just have to keep working and do what we have to do," said DaCosta. "I can't complain because my horses have been performing well."