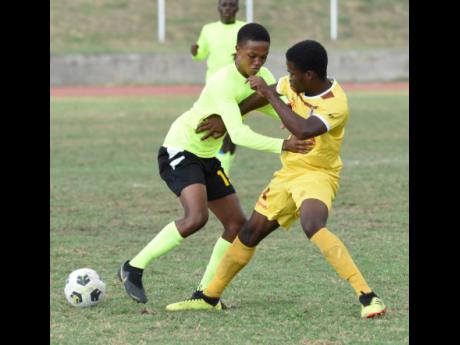 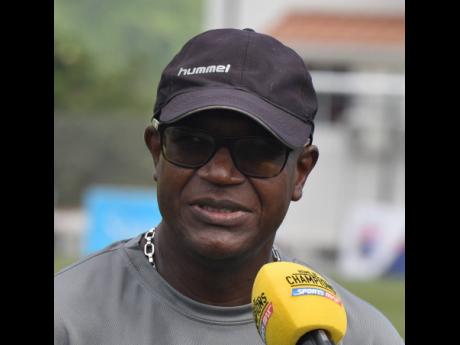 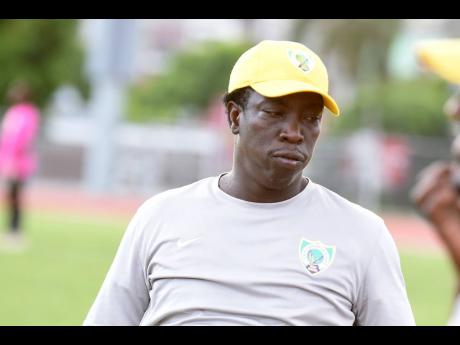 In the opening match of the double-header, first time semi-finalists Mona High School and Kingston High School play at 1 p.m.

The feature match is a repeat of the 2019 final when St Catherine edged Excelsior 3-2 to lift the title.

"We are expecting nothing less than fireworks," St Catherine head coach Anthony Patrick said. "Excelsior defeated us in the semi-final in 2018 and we beat them in the final in 2019, and now we are back at it. So it is going to be a keenly contested match by both teams.

"However, I am very confident in my boys because the last two games that we played against them in the semi-finals and final in 2018 and 2019, it went to a penalty shootout. So we are prepared for that if it goes there again.

"This is a knockout game and it is a semi-final and, the last couple of days in our training sessions, the players have been expressing a lot of confidence and they are upbeat. I think, once we put away our chances, then we will have a good chance of winning," Patrick said.

The Xavier Gilbert-coached Excelsior are in search of their eighth Walker Cup title. Gilbert said his team has nothing to fear.

"We want to turn the tables on them, and that is definitely our objective and to take it one step closer to walking away with some sort of silverware," he said.

"Both schools went to the final. The last one, St Catherine were the winners, but it is going to be a tough encounter.

"Both teams want to make sure that they get something out of the season and that makes it even tougher. But we are just going to give it our best shot and see what happens."

Excelsior will be depending on attackers Onando Calame and Jevaughnie Simms to lead their hunt for goals. Leonardo Shepherd and Jhevan Smith will anchor the midfield while Lennon Green and Antwan Johnson will marshal the defence.