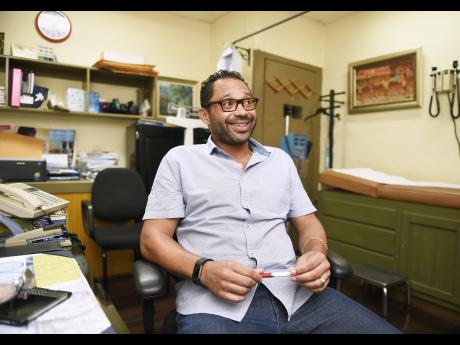 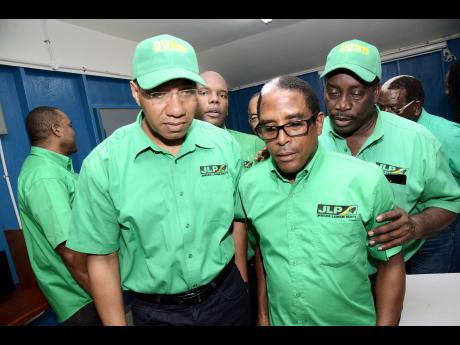 I am speaking about the imminent by-elections scheduled to be held on October 30, 2017. The law stipulates that after a general election, if any seat becomes vacant for whatever reason, then there has to be a by-election to replace the member of parliament (MP) and fill the vacancy.

This has become necessary in several constituencies for several reasons. You might recall that Omar Davies stepped down as the MP for the St Andrew South constituency, and is set to be replaced by Senator Mark Golding.

Former Prime Minister the Most Hon Portia Lucretia Simpson Miller also retired from politics and created a vacancy in the St Andrew South Western constituency. Angela Brown-Burke defeated Audrey Smith Facey and will try to replace Portia in the constituency.

Dr Dunn is back and dis time him a go face one new yute pan di block Dr Shane Alexis. Dis a weh di prekeh bwile up! News buss seh Dr Alexis was a Canadian citizen, and although him live a Jamaica all a him life, him nuh have no Jamaican citizenship!

The JLP's Daryl Vaz, who had the famous 'dual citizenship' Supreme Court case against another former MP Abe Dabdoub close to 10 years ago, has been making 'heavy weather' of Dr Alexis's status. He is contending, essentially, that he should not be eligible to be elected as MP. The PNP has insisted that Dr Alexis, being a Commonwealth citizen, was properly nominated under the constitution and that this case is very different from the Dabdoub-Vaz case.

Some people believe that 'foreigners' do much more for Jamaica than many of our citizens and should be encouraged. What do you think? Can Dr Alexis be considered a 'foreigner', having spent all his life here and worked in Jamaica, and for Jamaican institutions, for many years? In my view, one good thing coming out of this is that the Parliament is now forced to deal with the issue in a more decisive way going forward. This issue pop up 10 years ago and we are back at it again! So, one step forward and now 10 steps backward.

That's why the country nah grow like it is supposed to because the decision-makers are not acting with political expediency so we can all just move forward once and for all. Not because we are but a dot on the map, all and sundry should not be able to run for the highest offices of the land without the people knowing fully where the individual's loyalty lies. It can't be a when a big noise mek, house a go try clean up. At the end of the day, it should be about what is best for the people and our nation.

I'm appealing to the people who will be going to the polls to just take it easy and let peace and respect reign. It no matter if you a green and yuh neighbour a orange, we are Jamaicans first! Though the politicians are on opposite sides of the fence, nuff a dem a friend! So nuh bodda get carried away inna di happenings!