Not all men are bad 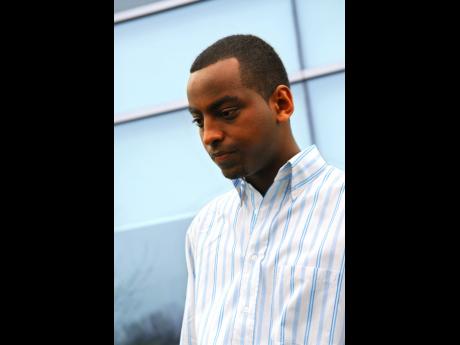 "If yuh know seh yuh ex-man a go be yuh nex' man, because him a di best man, well put up yuh han!"

That's a line from a catchy little tune by a loud, colourful and overpowering female entertainer named DJ Cyattie, who uses the lyrics to haunt and taunt Dymond, the timid, naive live-in lover of DJ Cheeta the producer/studio engineer who also happens to be Cyattie's former lover and business partner.

The battle that ensues between those two women and the dilemma of the man caught in the middle with a difficult choice, form the main ingredients for an entertaining love triangle that is dished out in The Case of the Ex the latest theatrical serving by prolific playwright/producer/director/actress Dahlia Harris.

Peeps, I had the pleasure of experiencing the production last week, and trust mi, it mek mi laugh, and laugh and laugh, and think. And it also mek mi bex! Yeah, mi laugh nuff because the script is absolutely hilarious. It also had me thinking deeply about some of the themes raised, as topics like mixing romance and business, infidelity, gender-role expectations, and the competitive/complimentary relationship between women were convincingly explored.

So wah bex mi? Mi bex wid a few people inna di audience the night me watch di show. Dem couldn't contain demself, so quick-o-clock, dem tek side, buy out di argument, and start fling loud opinions and riotous instructions at the characters. Mi also bex because most of dem side wid di conniving Cyattie, while dainty Dymond, with whom I sympathised, got a really hard time. But mostly, as I told Dahlia, mi bex wid how the male character is written, with almost no redeeming quality.

That's a kinda pet peeve that even took up space in my master's thesis, where I noted how various texts from plays by SISTREN Theatre Collective to the work of author and poet Alice Walker - contribute to negative stereotyping of men. And is not me alone think so. This position gets support from Caribbean author and scholar Paula Morgan who says, "a characteristic which Caribbean women's writing shares with the fictions of African American women is its predominantly negative portrayal of men and male-female relationships." But lawd, mi a get too academic yah!