You made an irresponsible statement, Shauna Chyn 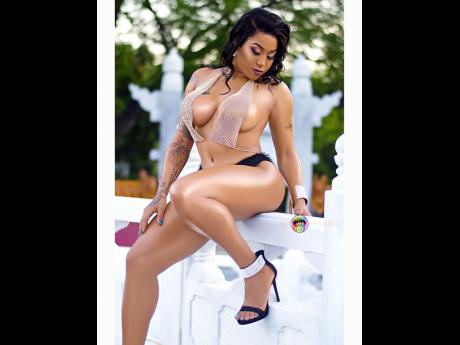 Sexuality has always been an integral feature of dancehall music. For as long as I can remember, there have always been very graphic lyrics featuring rules and preferences about sex. The rules on how men and women are supposed to relate are clearly laid out bad man don't 'bow', backshot is the favourite position, bad man don't "bade wid him babymadda rag". As for the women in dancehall, there has always been a common thread about sexual prowess and having quality "good good" that can get them material things, money, and to be taken care of by their male partners.

As a fan of dancehall, I am usually entertained by the theatrics and the colourful ways that women express themselves. However, I think we are venturing into an irresponsible territory in some of the lyrics that are currently being delivered in recent songs.

I specifically want to address Shauna Chyn's new song, Suicide. I think that this song has a few lines that I find to be very concerning, specifically: "You can't f**k me for free, free f**k a rape."

I find the reference to rape in relation to not collecting money in exchange for sex to be an irresponsible and dangerous statement. We already live in a culture that has problematic norms that govern the way women are treated. For example, there are so many men who think that spending money on a woman means that he does not require her consent when it comes to sex. I am even more concerned about this idea that there is something wrong with the woman who chooses to have sex just for the pleasure of it, and not because she's trying to get money from her sexual partner.

In an article published in The STAR last week, reference was made to the fact that the song is promoting promiscuity, and the artiste denied the premise.

Personally, I agree with her. Prostitution is a clear transactional action where both parties enter into an agreement before the act happens. They discuss the terms and agree on the payment. What Miss Chyn is suggesting in her song is something that speaks more to deception and manipulation, which can create conflict and have very serious repercussions.

Using sex to earn money is something that adults should be able to engage in if it's a clear understanding between partners. This idea that men need to pay women for sex is not only incorrect, it can be dangerous. Women have lost their lives because men have spent money on them and then felt as if they have ownership of her.

SEX IS NOT JUST FOR FINANCES

I am a big advocate for a woman's right to choose her own life and dictate her own terms. However, when we have women who have a popular platform and the attention of a large audience saying things like "free f**k a rape", we are now perpetuating an idea that money is a necessary ingredient for a sexual relationship. Sexuality is an important part of the human experience, and pairing it permanently with financial gain is, frankly, sad because that means the connection, pleasure and chemistry that makes sex so much more is missing.

For the record, let me just say that I get that I am not the target market for Shauna Chyn's music, and honestly, I am not a fan. My thoughts on this particular song's lyrics are problematic, and it can be taken literally by some of the audience. We all know that much of our culture is influenced by the music, and for many young persons, that's how they are exposed to sexuality for the first time. I just want our artistes to be mindful of their audience when they make music and think about how it affects them. Plus, what does it say about their creativity that it seems like their music always seem to state how much their genitalia can do for them?