We complain too much 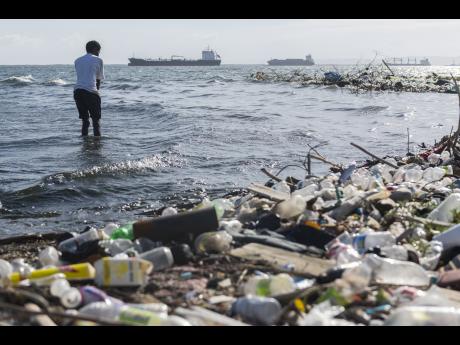 The Government has announced a ban on single-use plastic which is aimed at reducing environmental pollution. The ban takes effect January 1, 2019.

Jamaicans have a unique 'superpower'. It is called complaining.

We are always complaining about the things we want but are not getting, but when we get them we still complain. It is one of our greatest strengths.

The states of emergency were first imposed in St James and the crime numbers are down significantly. Yet, people are still complaining. More needs to be done, they say.

I agree, but isn't it fair to get these things done over time? Rome wasn't built in a day, and in Jamaica, years of social decay is not going to disappear overnight. So why don't we stop the complaining for a minute and find a way to help provide the solutions.

For years, environmentalists have been calling for a ban on certain types of plastics that continue to do harm to our country. Every year, for as long as I can remember, there has been bleach clean-ups and hundreds, if not thousands of people, turn out to rid beaches of the tons of plastic bottles, bags and everything else, only for it to be messed up again weeks later.

The government finally imposes a ban on plastic bags and immediately we start to complain. People producing plastic bags are going to lose their jobs, the complainers say.

I say, the people who used to find work producing plastic bags can be retrained to produce other products, can't they? They can also be redeployed to work in other areas. But, it's almost as if knee-jerk reactions are what we get our rocks off on.

Once again, for a long, long time, Jamaica's road network needed to have been upgraded to facilitate the exponential growth in the population within the Corporate Area over the last three or four decades. Now that it is being done, we are collectively complaining about the mess that it causing with the traffic situation. We are also complaining about lost productivity.

All these claims are justifiable. Nonetheless, the work needed to be done. Yes, I agree 110 per cent that it could have been managed better, but let us try and find workarounds instead of the yielding to the inclination to complain.