Inaction is killing us 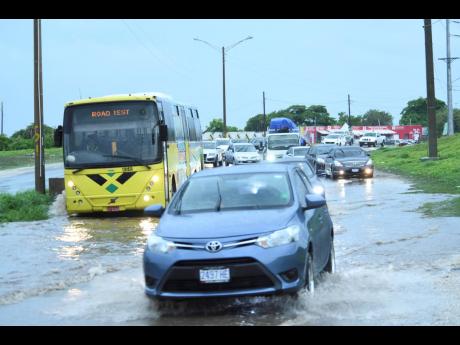 Last week this time, students around the world came out in their hundreds of thousands to protest inaction against climate change. Before then, and in the days following, Caribbean leaders – Prime Minister Mia Mottley of Barbados and Prime Minister Andrew Holness of Jamaica – both addressed the United Nations on matters relating to climate change.

Hurricanes and rising sea levels have had, and will continue to have, a significant impact on us, yet, on the day when students protested, you could hear crickets within the student community in Jamaica.

And I really wonder why.

They are living in a country that could end up withstanding the worst of the effects of global warming, yet one gets the impression that our students are not aware or do not even care.

This is very troubling because our future leaders are to come from the lot who seem more interested in anything but what is going on in the world around them.

Could this be the result of a failing education system or just general indifference? Whatever the reason, we should all be worried. There was a time when students in Jamaica, especially those at the tertiary level, were more militant.

The climate issues that we now face are the result of the inaction of global leaders who seem more in tune with economic gain than protecting the world for future generations, and look where we are now.

The same can be said for the transportation issues here in Jamaica. Inaction and the lack of enforcement of existing laws have given rise to a chaotic system filled with undisciplined owners and drivers, many with criminal leanings, who have taken over our roadways.

What we saw this week when the entire system was shut down over a feud that claimed the lives of a taxi driver and another employed by the Jamaica Urban Transit Company is the manifestation of how much these rogues have taken over.