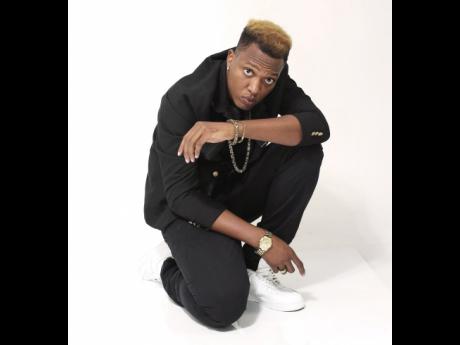 As Prohgres continues to make strides on the music scene, the versatile artiste has already been receiving rave to reviews for his latest single, 'Success Deh Near', produced by Simpac Entertainment, which has already been gaining a lot of traction locally and overseas.

Hailing from the parish of St Ann, the hard-working artiste whose given name is Richard Gordon, made his debut on the music scene with a hit track entitled It Nuh Easy, produced by Platinum Records.

Some of his other songs, which have become a staple on many popular disc jockeys' playlists are Hustler, Body Nuh Dead, Jiggle, Tender Touch, Friend Fi Life, and Heaven Your Thing Deh. Since bursting on to the music scene, the artiste has been a force to be reckoned with in the industry.

"No doubt the journey has been a challenging one. sometimes I get frustrated, but my fans and team motivate me, plus I keep pushing through the obstacles because I believe once there is life, there is a way," said Prohgres.

Fast-forward to today. Prohgres recently joined forces with Hustle Dan Entertainment and has been making progress with latest hit tracks Body Glue and Success Deh Near, which have both been enjoying rotation on air.

Prohgres further shared: "The video for Body Glue is now

officially released and will be premiered on local and international stations. Also, my female fans can look out for my other single called Million Dollar Body, which definitely will be a hit among the ladies."

With his recent singles receiving nods from key industry players and fans, Prohgres would like to assure fans that he is definitely bringing a difference to the music game by singing about reality and the story of his life.