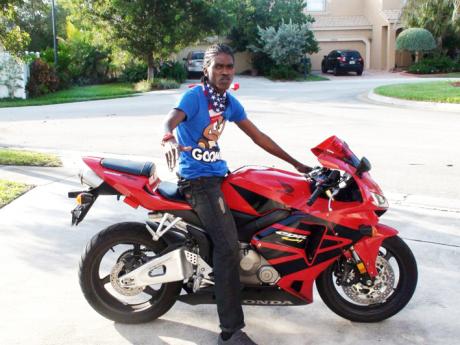 Patrick 'Sunjock Weed Seed' Billings, from Suncity 104.9 FM, will embark on a four-date club tour of the United States in an effort to promote his new mix tape, My Life.

The tour kicks off on November 18 with the official launch of the mix tape at Strike 10 in Hallendale, Florida. There will be a special guest performance from Grammy-nominated singer Wayne Wonder.

The promotion moves into high gear at the Pink Sands all-inclusive club party at Club Bliss, Queens Chapel Road, Northeast Washington DC, on November 21. Weed Seed will be in action on the wheels of steel, alongside DJs Mingles, Washington and Squeeze.

Additional dates are November 22 in New York, and New Jersey on November 23.

"I am very excited about my US tour, as it will open doors for me internationally. The first show in Florida is the launch of the mix tape. For the other shows, I will be playing as a DJ. These are exciting times, and I am looking forward to this venture," said Weed Seed.

The My Life mix tape features collaborations with singer Wayne Wonder (who delivers the track You Can't See). Singer Jah Jah and Nerro are featured on the track Showdown, while Maybach Music Group recording artiste Magazeen rhymes on the track Maybach City. There is another track on the mix tape called Hater Vlog.

The mix tape will be available on Amazon, as well as on iTunes and other online distributors.

"It's an honour for me to share the stage with a superstar such as Wayne Wonder in Florida," said Weed Seed.