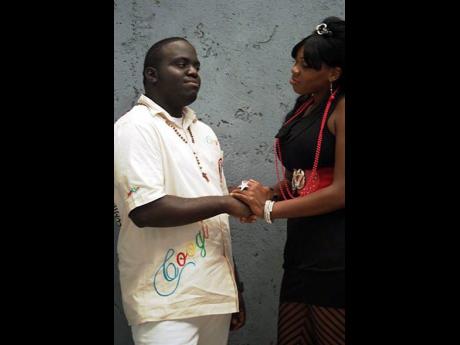 Real Entertainment Production (REP) boss and television-radio producer Andrew Lee Pryce will be guest-hosting the 'Justice Feature' during one of his radio shows, 'Life in the Spirit' on Bess 100 FM.

The programme has been building a big fan base because of its community-based initiatives and its slate of interesting guest performers.

"We've had a lot of artistes, both local and international and special guests including international actress, Kerry Washington from Scandal. We carried Digicel and Star School Buss fair live. In September we did a lunch money promotion where children called in and spelt words correctly to win $3,000 for their weekly lunch money," said Cleveland Graham, the show's assistant producer.

The show will be hosted by Pryce this Sunday from 11 a.m to 1 p.m on Bess 100 FM. It streams live on www.bessfm.com

In a release, Real Entertainment Production states that Pryce will be covering topics such as youth development and opportunities, the abuse of human rights, and injustice in government facilities during the 'Justice Feature'. Pryce is expected to speak about his upcoming film 'Justice System' about a young footballer from Jamaica who gets in trouble with the law while in the US.

The script of the movie is written by Pryce and will be produced by REP and the independent film company Spy Glass Entertainment.

"I'm inviting everyone to tune in to the 'Justice Feature', you won't be disappointed also like our Facebook page life in the spirit and join our decision by tweeting using the #justicefeaturebessfm," said Mr Graham.