Digital G on a musical high 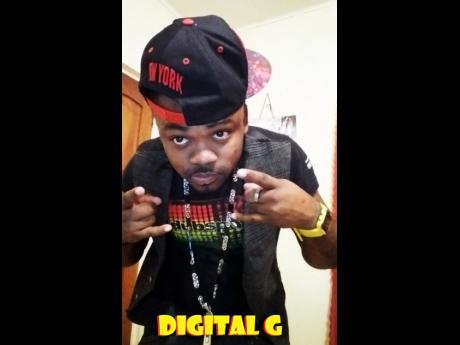 Fast-rising multi-talented singjay, songwriter and DJ, Digital G, is on a high following the release of his singles Missing You and Bad Mind, which are scorching up the airwaves.

Digital G is based in Porus, Manchester, but is a regular fixture on the north coast hotels' cabaret circuits. He said his musical career began from his Sunday school's days. He play keyboard in the church bands. He said that his career was a case of "jumping from the pulpit to the stage".

"You know, growing up with my grandmother, church on a Sunday was a must. I played on the church bands and, in the process, I developed an innate love for music," Digital G told more to The weekend Star.

"So basically, I just jumped from the pulpit to the stage, and I love it."

While still a student at Porus High School, the young artiste, was given his stage name by his fellow students. Hefound fame after recording his first single, Where Have You Been.

"You know going to school and having a song and a stage name was then a big deal to me, so naturally, I decided to make music my career," he declared.

As he matured academically and musically, and recorded scores of other songs, Digital, is gearing up to release an eight-track EP in January. The EP is yet to be titled.