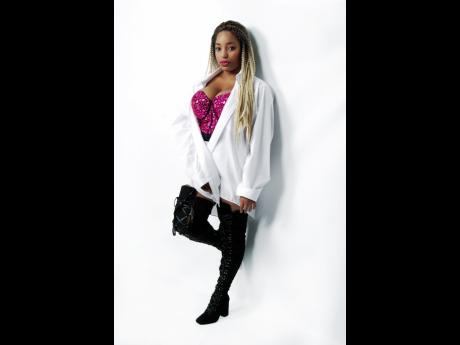 The vivacious entertainer who entered the 2007 edition of Digicel Rising Stars is currently enjoying much attention with her single titled Network Love.

The song was released by Crown Eagle Records last October. Since then it has enjoyed steady rotation both locally and overseas.

"I am very happy with the response that this song is receiving. The success of Network Love has given my career a significant boost and I'm moving full speed ahead. It's my time to shine," said Mckenzie.

Mckenzie recently did a remake of 1960s Unite States pop-rock group The Monkees hit single, Talking To The Wall, for Capsicum Records.

"Capsicum Records CEO Roger Meltzer heard some of my songs, and he thought it would be a good idea for me to do a reggae remake of Talking To The Wall. The song was released last month, and it's getting a lot of airplay in the Tristate Area, Florida and Houston," said the artiste.

Mckenzie is currently in Florida working on some projects with Klas-hik Promotions.

"I've just recorded a hot new track titled This Love Is Perfect for Klas-hik Promotions. I did a photo shoot for this project a few days ago and the song will be out next month. I am very excited about this project," she said.