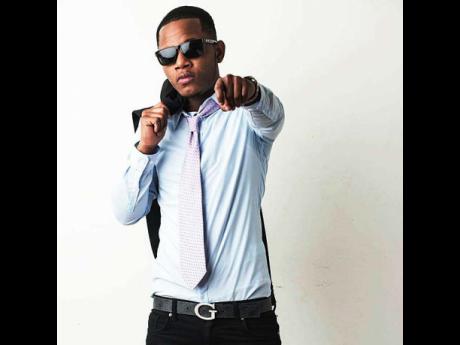 Relationship Goals, the latest single from dancehall artiste Korexx has been creating waves since its release less than two weeks ago, with the video for the song racking up more than 66,000 views on YouTube.

Korexx, whose real name is Kerick Royan Thomas, is quite upbeat about the reception to the song, which was inspired by a real-life relationship experience.

"I try my best to bring new and great topics to the table, so Relationship Goals was just another one. The beat was leased by me and my engineer Tingling from Tlabs studio, and we both produced the track," Korexx said.

The accompanying music video was directed by Magical Studios and RD Designs.

"The song has been getting crazy feedback from people all over. If you look at the comments below the video on YouTube, you will see responses from people from England, Japan and other countries. DJs from various places have been playing the song, and the views are increasing daily," he said.

"Social media has helped a lot in getting the song out. We have been getting support from radio DJs like Sunjock Fire Wayne at Suncity, DJ Calico from Jamrock One Radio, as well as endorsements from Internet sensation Prince Marni, dancer Marvin the Beast and DHQ Nickeisha. The song has been gaining extra staying power to the ears of the people," Korexx said.